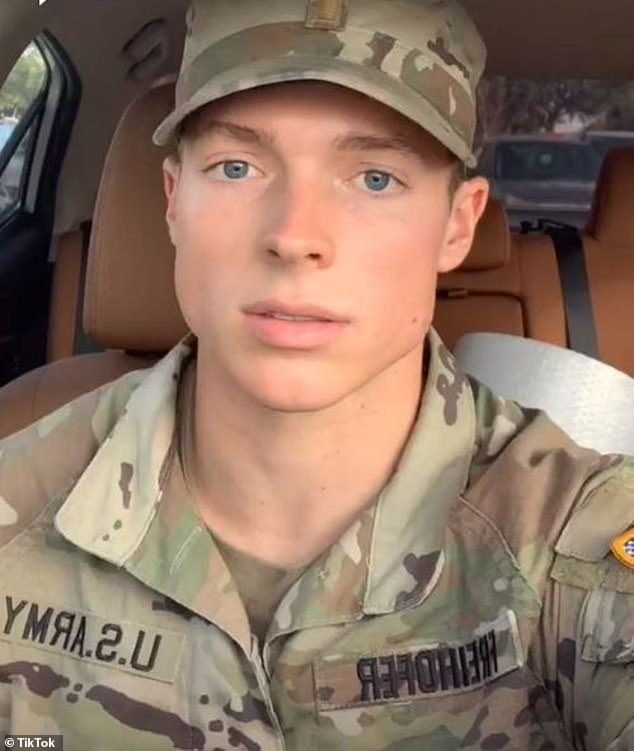 New York – US: The US Army announced Monday that it had suspended a field artillery officer for joking about the Holocaust in a video he posted to TikTok, where he has nearly three million followers.

The 23-year-old stationed at Fort Stewart in Georgia acknowledged the controversial nature of the post, starting it off by saying: Reason one million why I’ll never be verified dark jokes, before appearing to raise his arm in a Nazi salute.

What’s a Jewish person’s favorite Pokémon? 2nd Lt. Nathan Freihofer says in the short clip, referring to the characters in a popular video game series. Ash, he responds, before breaking out into a cackle.

After making the crack, he ends the clip warning, If you get offended, get the f*** out because it’s a joke. Don’t be a p***y.

Freihofer’s 3rd Infantry Division released a statement, which did not reference him by name but called his remarks vile.

The statements made in the video are not indicative of the values we live by, and there is no place for racism or bigotry in our Army or our country. An investigation has been initiated into this matter and the soldier has been suspended of any and all leadership authorities effective immediately, pending the results of the investigation. Soldiers are responsible for content they publish on all personal and public internet domains to include social media sites, blogs, and other websites.

The Unit – US Army

Responding to the video on Twitter, US Army Sergeant Major Michael Grinston wrote, this is completely unacceptable. On social media or not, racist jokes are racist.

Freihofer posts regularly on TikTok with his videos often showing his daily life in the military, working out and making jokes in front of the bathroom mirror. He has over 2.9 million followers on the short video platform and 220,000 followers on Instagram. But following blowback over Friday’s post, his TikTok account had gone offline and his Instagram account turned private.

A spokesperson for TikTok said the Holocaust joke video had been removed for violating the platform’s hate speech policies.

After a reporter for the Task & Purpose military news site posted Freihofer’s video on Twitter, it elicited hundreds of angry responses, including from Jewish groups and Holocaust education organizations.

TikTok has come under fire recently for failing to crack down on a trend in which users of the TikTok role-play Holocaust victims.

In most of the clips, young women and teens act out a fictionalized story of a victim in the afterlife, donning costumes and make-up meant to show bruises and burn marks on their faces. The videos nearly always mention Auschwitz and often use the Bruno Mars song Locked out of Heaven as a soundtrack.

Freihofer did not immediately respond to a request for comment.

Source: The Times of Israel

TikTok Struggling To Stop A Man's Suicide Video From Spreading