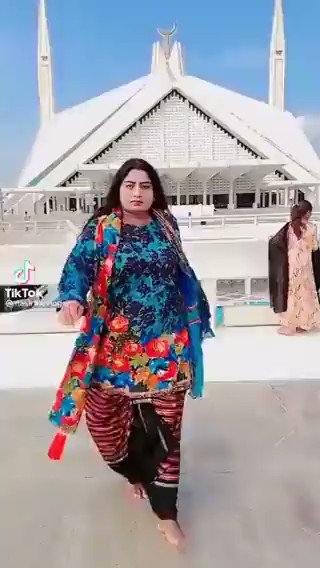 Islamabad – Pakistan: The Islamabad police arrested a TikToker girl, and some of her associates after her dancing video at Faisal Mosque went viral on social media.

In response to a complaint filed by Mohsin Ishaq, the mosque’s prayer leader, against the TikToker and her staff, including a cameraman, the case was registered at Margalla police station under PPC 295-A.

The complaint registered by Mohsin Ishaq

A video on social media where a woman was found without a headscarf and wearing inappropriate clothing. Then, rudely, she walked into the premises of the Faisal Mosque, trampling on the sanctity and respect of the religious site.

According to the FIR, since the prayer leader was a Muslim and a citizen of the Islamic State of Pakistan, it had hurt his religious sentiments, adding that such disregard for religious sentiments on social media and TikTok was becoming the norm among the younger generation.

According to the FIR, it is our social responsibility to end such practices. Immediately following the case registration, the police launched an investigation, and relevant departments were contacted to trace and identify the girl, as well as other suspects, from various sources, including her TikTok account.