TikTok Struggling To Stop A Man’s Suicide Video From Spreading

TikTok Struggling To Stop A Man’s Suicide Video From Spreading 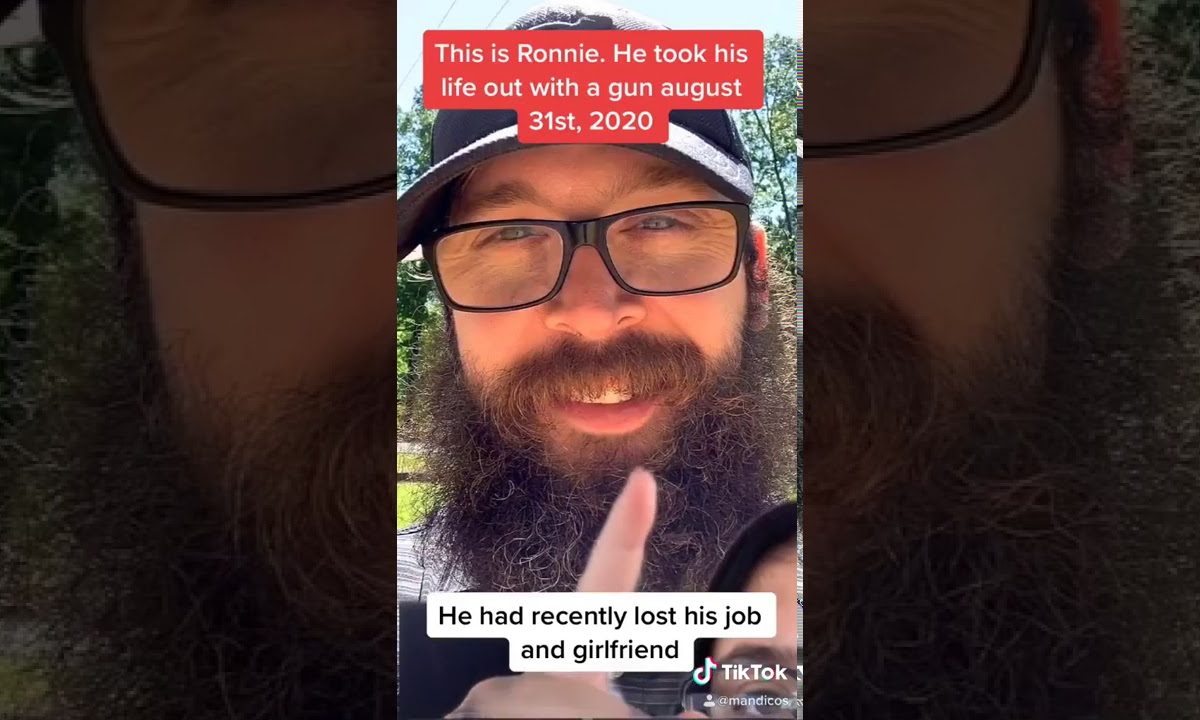 Mississippi – US: TikTok has been trying to stop the spread of a graphic video showing a man committing suicide with a gun circulating on TikTok this weekend. The clip opens with an image of a grey-bearded man sitting in front of his desk.

The seemingly innocuous nature of the video’s start and its appearance in TikTok’s For You feed, which automatically surfaces content based on a person’s interests, has led to people accidentally exposing themselves to the clip. TikTok has been automatically detecting and flagging the clips for violating policies to stop circulation by banning the accounts of people who try to re-upload it multiple times to keep it from spreading further. But some users say the disturbing clip is still popping up in their feeds, sparking concerns about the efficacy of TikTok’s moderation systems.

Many users are issuing warnings to avoid TikTok for the day

Users are complaining that the Ronnie McNutt, an American army veteran’s video is still being shared on the platform and is showing up on the For You discovery page that many people scroll through, making it more difficult to avoid unwittingly watching the video. Parents are being urged to temporarily ban their children’s access to the social media platform TikTok.

It highlights a significant weakness of TikTok’s algorithm. TikTok’s recommendation engine makes it difficult for the company to prevent content like this from spreading altogether. The TikTok community has tried to protect itself by sharing content warnings, telling their followers to avoid the video if it shows up on their For You feed. People have also shared the video on Twitter and Instagram after it was originally streamed over Facebook Live.

The clips of a suicide that had been live-streamed on Facebook migrated to TikTok on Sunday night. Our systems have been automatically detecting and flagging these clips for violating our policies against content that displays, praises, glorifies, or promotes suicide. We are banning accounts that repeatedly try to upload clips, and we appreciate our community members who’ve reported content and warned others against watching, engaging, or sharing such videos on any platform out of respect for the person and their family. If anyone in our community is struggling with thoughts of suicide or concerned about someone who is, we encourage them to seek support, and we provide access to hotlines directly from our app and in our Safety Center.

Australian regulators have ruled out prosecuting TikTok over an apparent suicide video under tough new laws prohibiting some forms of violent online images. The prime minister Scott Morrison says he has a serious concern over the safety of children on social media after a disgraceful video went viral. He urged social media companies to take more responsibility for offensive content.

The laws and standards of behavior for the real world must also apply online. No child should be exposed to horrifying content. Those who run these organisations have a responsibility of viewers. Platforms like TikTok need to put in more resources to detect and tear down this sort of harmful content.

New Zealand, UK, Canada, Australia schools issued a warning to parents of the dangers of the TikTok app after a video of a man committing suicide went viral on the platform.

This is not the first time TikTok has struggled to deal with a suicide video circulating on its platform. Earlier this year, a 19-year-old user livestreamed his apparent suicide on TikTok and the company was criticized for waiting almost three hours to alert authorities. Other social media platforms have also struggled with this issue, including Facebook, which came under fire for delays in removing a live-streamed massacre at a mosque in New Zealand in 2019.