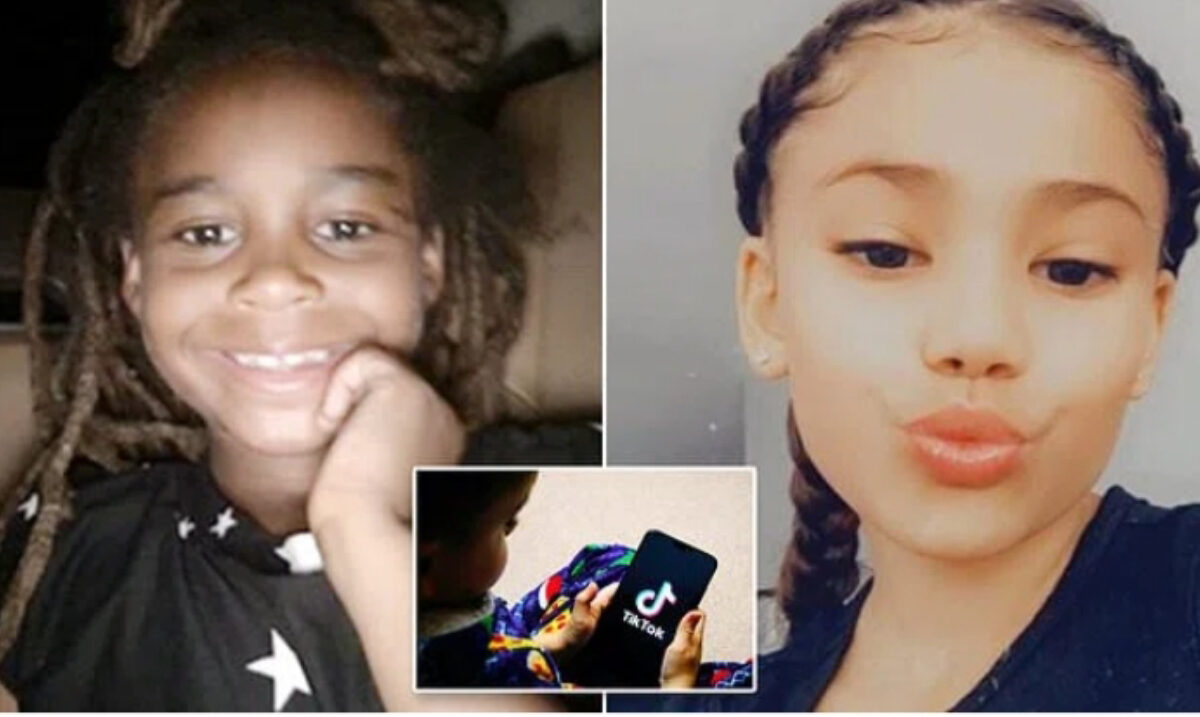 TikTok is being sued in California after two young girls killed themselves while trying to perform blackout challenge that makes a sport of choking oneself until passing out. The lawsuit filed in state court in Los Angeles last week accuses TikTok of intentionally and repeatedly pushing the Blackout Challenge that led to the deaths of an eight-year-old girl in Texas and a nine-year-old girl in Wisconsin last year.

The lawsuits allege that Lalani Erika Walton, 8, and Arriani Jaileen Arroyo, 9, died after performing blackout challenge that encourage participants to choke themselves into unconsciousness, both wound up dead after watching featured videos of the challenge by TikTok’s algorithm.

Lalani Walton from Texas was found in her bedroom hanging from her bed with a rope around her neck. The police took Walton’s phone and tablet, and later told her stepmother that she had been watching blackout challenge videos repeatedly.

Arriani Jaileen Arroyo from Milwaukee was found hanging from a dog leash in her basement. Arriani’s father was working in the basement when her younger brother Edwardo came downstairs and said that Arriani wasn’t moving. The two siblings had been playing together in Arriani’s bedroom, but when their father rushed upstairs to check on her, he found his daughter hanging from the family dog’s leash.

Arriani was rushed to the hospital and placed on a ventilator, but it was too late. The girl had lost all brain function and was eventually taken off life support.

TikTok has invested billions of dollars to intentionally design and develop its product to encourage, enable, and push content to teens and children that defendant knows to be problematic and highly detrimental to its minor users’ mental health.

The actions were filed jointly Friday in Los Angeles County Superior Court. The suit alleges that the app’s algorithm recommended videos of the strangulation challenge to the young girls.

TikTok’s product and its algorithm directed exceedingly and unacceptably dangerous challenges and videos to Arriani’s feed, encouraging her to engage and participate in the TikTok Blackout Challenge.

TikTok pushed Lalani and Arriani videos of the dangerous trend, is engineered to be addictive and didn’t offer the girls or their parents adequate safety features, all in the name of maximizing ad revenue. TikTok unquestionably knew that the deadly Blackout Challenge was spreading through their app and that their algorithm was specifically feeding the Blackout Challenge to children.

TikTok did not respond to request for comment from The Post, but in the past has denied responsibility for the issue, saying choking game injuries from young people long predate the Blackout Challenge.

Previously, A TikTok spokesperson told in response to the lawsuit over Anderson’s death that the disturbing challenge.

We remain vigilant in our commitment to user safety and would immediately remove related content if found, the company has blocked the hashtag #BlackoutChallenge from its search engine.

The challenge has been linked to at least 5 other deaths

They are not the first children to die while allegedly trying to participate in the challenge. Nylah Anderson, 10, similarly died while trying to copy the choking challenge, leading to her mother filing a lawsuit against TikTok and its parent company ByteDance in May.

Nylah Anderson, 10, accidentally hanged herself in her family’s home while trying to mimic the trend, alleges a lawsuit her mother recently filed against TikTok in Pennsylvania.