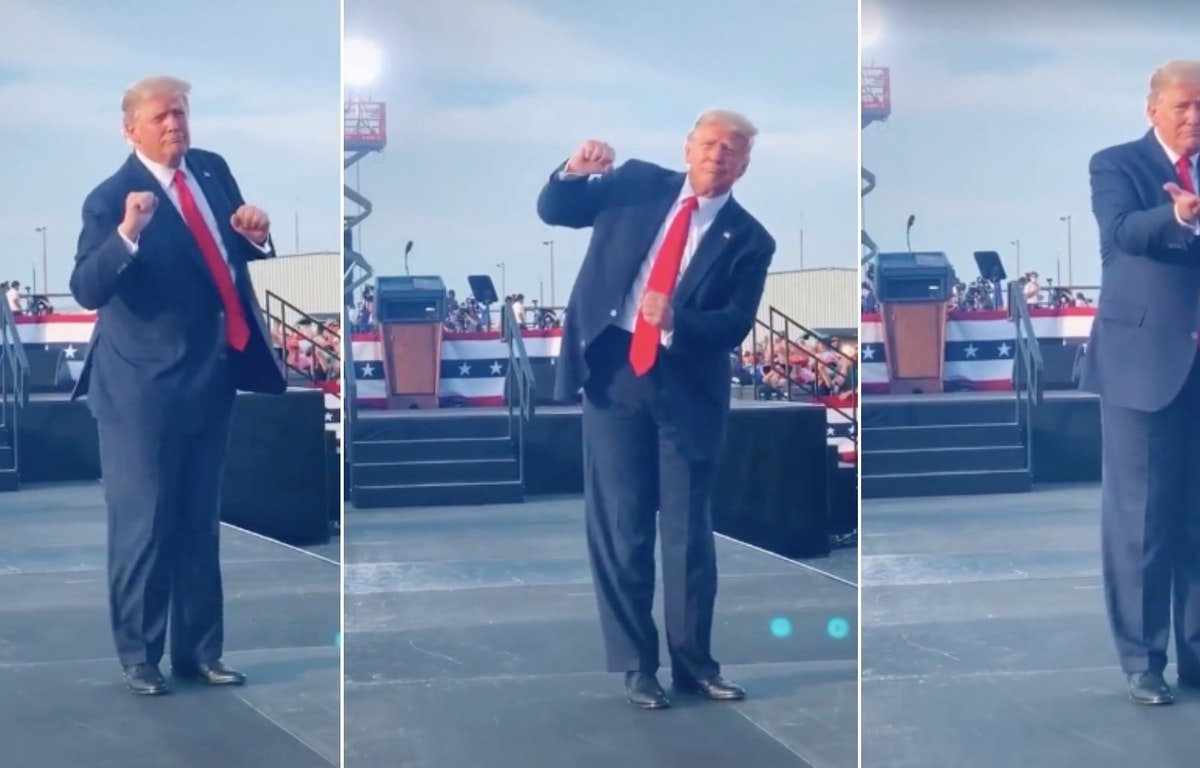 US President Donald Trump has inspired a new TikTok trend in which users copy his YMCA rally dance moves, and his supporters are running with it, declaring it the Trump Dance.

The new dance trend is set to a mash-up between Viva La Vida by Coldplay and Swing by Savage, which originally inspired a trend called the Viva La Swing dance.

This trend sees TikTok users dance, typically in the street or a parking lot, swinging their hips while the person filming moves around them, to the lyricsback it up, now let me see your hips swing.

TikTok user @crisnate0 originally uploaded the clip of Trump dancing (originally to “YMCA”, but edited to be set to the “Viva La Swing” song), which now has 10 million views, while a video by TikTok user Julia Keith copying Trump’s moves which sparked the trend of mimicking the president has been viewed 6 million times at the time of writing.

This isn’t the first TikTok trend to be inspired by the president’s YMCA dance moves. A video of Trump dancing to YMCA at an Ohio rally in September inspired pro-Trump singer Ricky Rebel to create a parody of the song, substituting YMCA for MAGA, which has also been covered by Trump supporters on the platform.