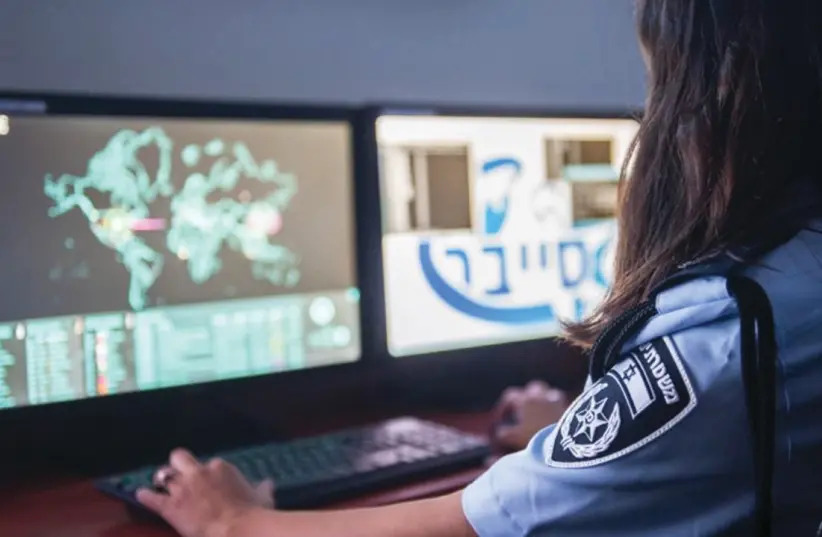 Israel Police are making good use of the popular short-video app TikTok to pinpoint where criminal activity took place and to bring the perpetrators to justice.

TikTok has become the hottest thing in the world of social media, especially among children and teens. But in the last year and a half, as Israelis increasingly began using it, it’s also inadvertently become a way to document crimes.

We are seeing a lot of normative people, with no criminal background, who are making videos of themselves carrying out crimes and then uploading them to TikTok to increase the number of views and people who follow them. These people have no idea what they’re doing. Nowadays, lots of kids, teenagers and even adults are posting videos of themselves on TikTok doing all sorts of dangerous or illegal things, such as engaging in traffic offenses, which encourage viewers to commit these offenses themselves. It gives them a feeling of legitimacy, which is creating a huge problem. It’s easy to catch and locate criminals, but it’s not so easy to find ordinary people with no criminal background.

In April, the arrest of members of the TikTok Gang made headlines. The group was a bunch of reckless motorcycle riders who would upload videos of themselves doing all sorts of dangerous things, such as engaging in reckless driving while speeding along Negev roads. In August, during Eid al-Adha, the Muslim Feast of the Sacrifice, a bunch of young people in the Bedouin town of Segev Shalom began shooting bullets into the air, which was quite terrifying for residents.

TikTok is a great platform to reach huge numbers of people

The entire incident was uploaded to TikTok, which helped police identify and later arrest four suspects. In another incident, some young men were filmed laughing while urinating on a police patrol car. The new TikTok unit even found videos of people documenting themselves selling drugs.

Due to the high number of such cases, Southern District Commander Supt. Yoram Sofer created Israel Police’s first TikTok unit, which is part of the Southern Intelligence Division, and whose goal is to invest all of its time and resources in stopping TikTok criminals. This unit, which focuses exclusively on crimes documented on TikTok, is working in conjunction with police cyberunits that deal with general cybercrime, including the Lahav 433 national crime unit and Unit 105, which helps prevent Internet crime involving minors.

Here at the Intelligence Division, we are constantly doing research online in search of evidence that could be helpful in investigations. When we began looking at TikTok, we realized that a large number of people were uploading videos with disturbing content that were being viewed by a huge number of people before we were able to spot them. Once we started looking methodologically through the TikTok videos, we realized that fortunately we could gather a great amount of intel from them. As a result, the division commander decided to create this specialized unit to handle TikTok videos in an extremely focused and thorough manner, and hopefully play an important role in bringing criminals to justice.

Our four-person team was created to monitor the Internet and locate crimes that have been committed. In addition, we have representatives at each police station in southern Israel that forward us any TikTok videos they come across containing criminal content. Israel Police can use that content in a number of ways: In some cases, we can reach out to units on the ground and guide them to acquire more intel that will help us progress in our research. We have access to all the many capabilities of Israel Police, in the field and with regards to criminal identification. I cannot go into much more detail, since this is proprietary information.

We analyze every detail of the TikTok videos we come across and cross-check this data with lots of other variables and intel we gather using other methods. It can be a lengthy process. We spend two or three hours going through each video in an effort to identify the individuals involved. It can take up to a month or more before we gather all the information we need.

Most of them are young people, since that’s the main demographic using TikTok

Most of the videos involving hazardous driving and speeding offenses that appear on TikTok are uploaded by young men in their early twenties. But there are also plenty of incidents that are much more serious involving men in their thirties and forties. These usually revolve around the sale of drugs and weapons.

Our research and hard work have quickly aided a number of active investigations and even led to a few arrests. We are also using intel garnered from TikTok videos for other ongoing investigations. And we’ve already seen a decrease in the number of these types of videos being uploaded, since people are writing comments, such as ‘Be careful – the police are on to you.’

TikTok is the most powerful platform available today because the teens who use it are the ones setting policy. Advertisers and criminals understand this and that’s why they are making great efforts to show themselves there. Hardcore criminals are trying to hide their identities by uploading fake profiles, which makes it more difficult to locate them. They’re using TikTok because it’s a great way for them to improve their ratings and increase views.

Some criminals are active on TikTok, but not on any other social media. We need to be proactive, keep our finger on the pulse of criminal activity posted on this platform and establish a strong and continuous police presence there. I believe that the new TikTok unit will lead Israel Police to bring about a significant decrease in the criminal activity that is available for viewing on TikTok.

TikTok Will Provide The Video Removal Notification To The User