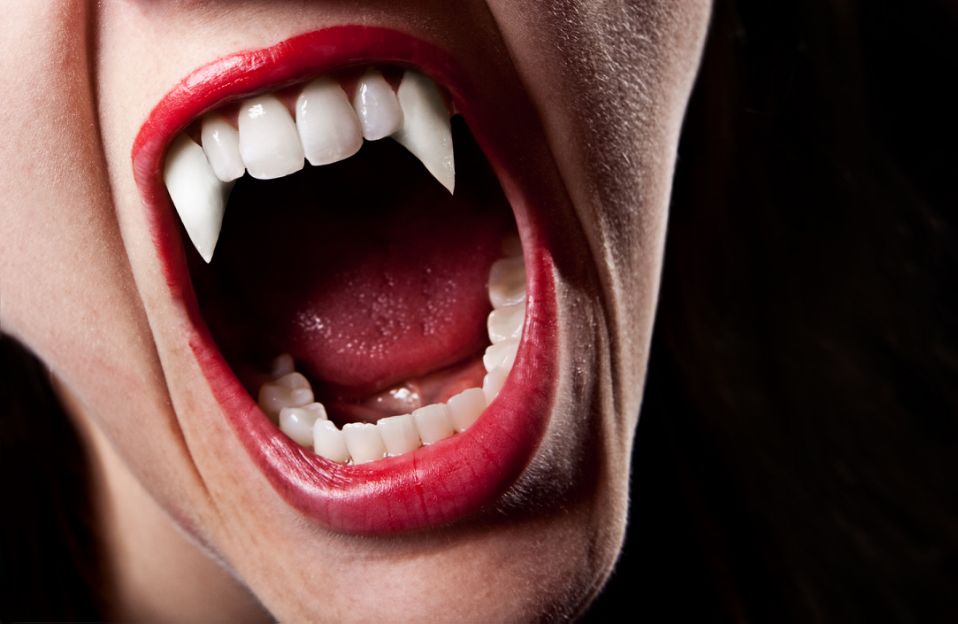 Dentists warn TikTok users not to use nail products in their mouths as people share various dangerous techniques for applying fake vampire fangs for Halloween hacks.

People are using the short form video app to show off the many ways that they’re preparing for their spooky Halloween night, including makeup looks and costume hacks. They are using adhesives like nail glue and super glue to glue plastic vampire fangs to their actual teeth and to no surprise, they then find themselves struggling to remove them.

This TikTok Halloween trend is scarier

Kait, a user with 1.2 million TikTok followers, posted a video of her vampire look followed by videos of her struggling to get her fake fangs off, experts had to step in.

TikToker @emptyecho420 revealed that their vampire fangs were actually fake nails applied to their teeth with glue. Other users took to the idea and tried it on their own teeth. TikTok user @the_rorlax mentioned in a video that he spent three hours trying to remove the fake teeth with nail polish remover (which is not recommended), almost pulling his teeth out in the process.

User @muawk, who applied the teeth using nail adhesive for a makeup look, also visibly struggles to remove the teeth on video. After attempting to brush and floss the teeth away, they eventually fell off, leaving behind a gluey residue in the process.

I would never advise any of my patients to super-glue anything onto their teeth or to place super glue anywhere near your mouth. Super glue has in itself toxic additives, which when placed near the gum tissue can cause gingival inflammation; placed onto the tooth [can lead to] needing root canal treatment.

Gluing fangs onto your teeth might sound like a cool vampire look during Halloween season, but as you can imagine, it’s not exactly safe.

This trend can change the way a person’s teeth function if the fangs are placed incorrectly. Your bite can be affected and you could potentially damage neighboring teeth. Most importantly, you are harming the enamel and could potentially fracture your tooth it as well.

Dr. Z. Mackie, a Detroit-based dentist and TikTok user give the suggestion as;

You can also use orthodontic wax or denture cream as well. It’s not gonna stay on the whole time, but it’s good for pictures.

Determined to get this look? Instead of doing it yourself, go with a pro. Please consult a dentist that can help you safely place and remove any teeth accessories for your Halloween costume to prevent any damage that you may cause to your teeth.

If you ended up applying super glue or nail adhesive to your teeth, do not attempt to pull the fake teeth off yourself—head to a dental professional immediately.