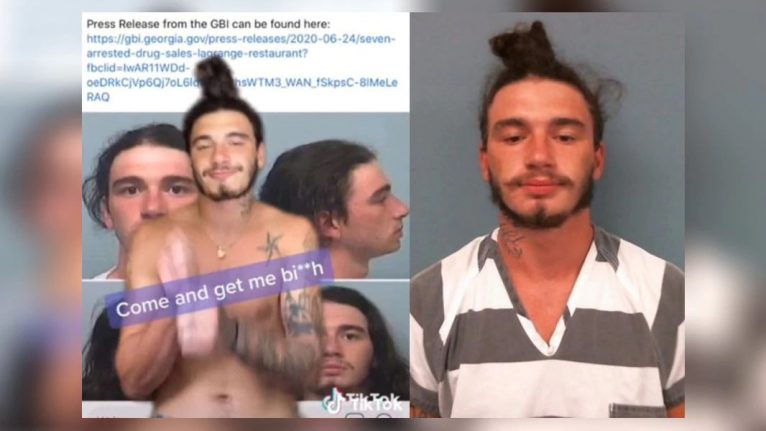 Troup County – Georgia: The TikTok app is helping law enforcement to solve cases. The app, which many use to share funny dance routines, helped police find a man wanted in a seven-month-long drug investigation.

The Georgia Bureau of Investigation arrested seven people in early June at the Main Street Pub in Lagrange, Georgia. All arrests were linked to drug offenses at the bar. This sounds like a success yet the GBI still had one suspect outstanding in the investigation.

William Reeves Durga, 21, was wanted for sale of cocaine and use of a communication facility during the commission of a felony, according to the GBI. Police posted Durga’s photo on Facebook on July 2.

Durga then began to taunt police by posting a TikTok of the post with Durga dancing across the screen and the caption, Come and get me bi**h.

The post went viral and racked up nearly 4 million views

The LaGrange Daily News reached out to Durga on TikTok about the post. He told them “They straight blasted me on social media, so I did it back.”

Durga’s viral fame did not help him keep a low profile and out of the way of law enforcement. The GBI West Metro Regional Drug Enforcement Office, LaGrange Police Department, and the Troup County Sheriff’s Office worked together and arrested Durga Friday.

Without Mr. Durga’s viral TikTok video, we would not have received the amount of tips and information that ultimately led to his arrest, thank you!”

Seven others were arrested in the investigation, which involved undercover drug purchases inside the pub involving employees and customers, the GBI said in a release. There could be more arrests.