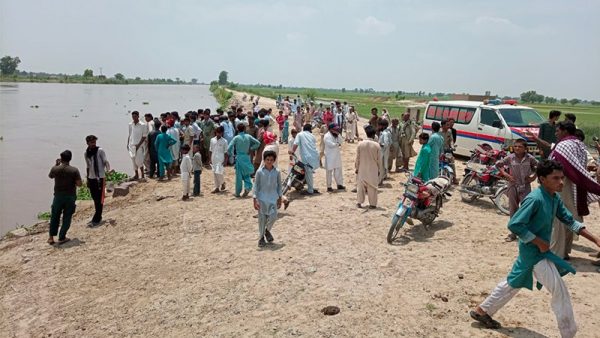 Bahawalnagar – Pakistan: A youth died after he slipped into Sadiqa canal while shooting a TikTok video with his friends in rural area Mandi Sadiq Ganj of the Minchinabad, Bahwalpur district of Punjab.

Mohammad Sufiyan Sheikh was shooting a video near the bank of the canal with us. He slipped from edge of the Sadiqia Canal and fell into it.

Rescue officials say they are having difficulty searching for the body due to the strong current. We’ll start the search operation later on.

His body hasn’t been found yet. Rescue teams have relaunched a search operation for the death body.

The local police have launched an investigation into the matter and decided to interrogate the friends of the deceased.