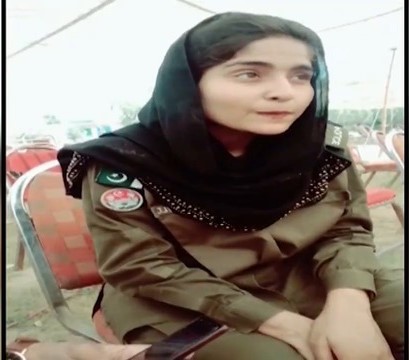 The constable Wafa Tauqeer joined the department in 2019, was on three-year probation period and was recently serving in Mobile Squad. She used to make TikTok videos on songs as a hobby which caught the attention of her superiors after one of her videos went viral on the internet.

The police high-ups took action after some video clips of their subordinate went viral on video sharing app TikTok in which objectionable language was used against the norms of the police force.

As soon as her videos went viral, the police high-ups deputed Mobile Squad DSP (Headquarters) Humaira Tabassum for an initial inquiry that found the constable guilty of charges and proposed a regular inquiry into the matter.

They treated me unfairly, I did like to make videos but kept her in phone only. The videos that had gone viral were made eight months ago during training and I don’t know whether they were leaked or not.

The official said the department sought an explanation from the constable through a show-cause notice, while deputing Elite Force DSP Ms Bushra for a regular inquiry.

During the course of inquiry, the constable was again held responsible for defaming the disciplined force by her conduct on social media and was discharged from service. She was also called in the orderly room for personal hearing where she could not defend her position.

She had already been given three written warnings by the department for committing similar violations in the past.