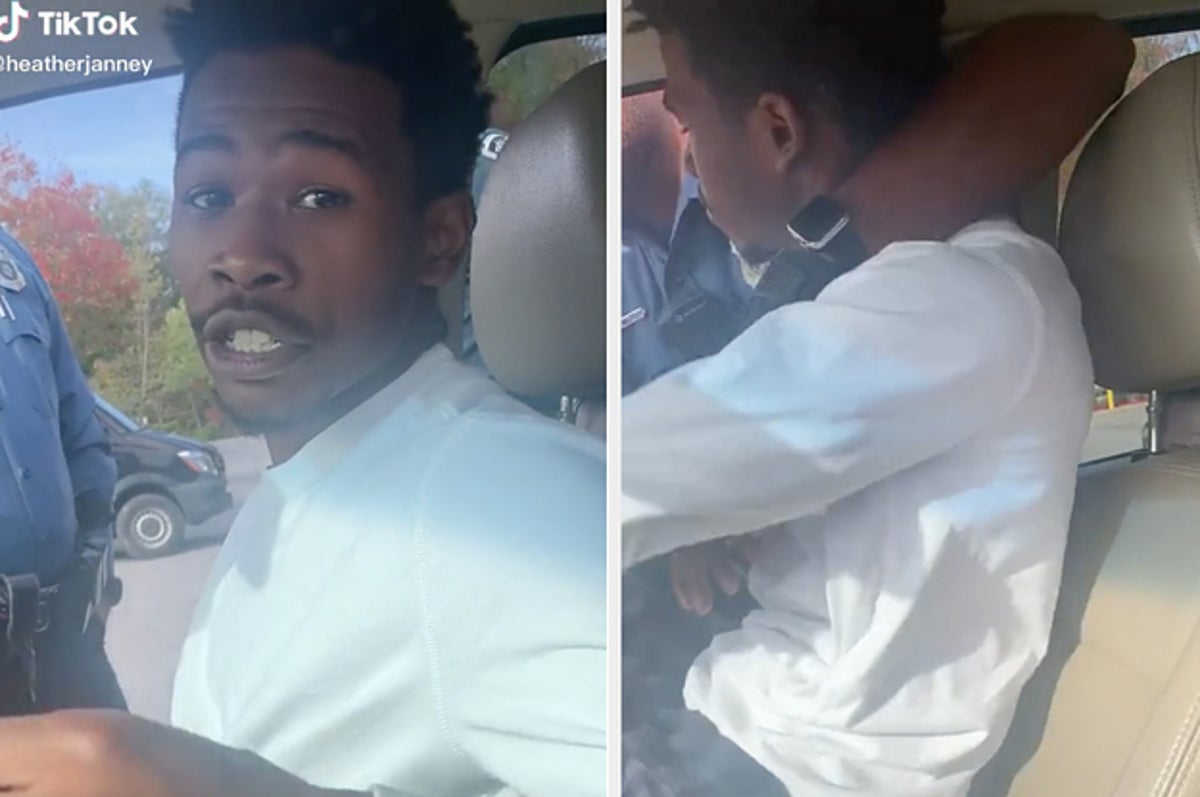 Maryland – US: A viral TikTok showing a Black man being aggressively pulled out of the passenger seat after refusing to show his ID forced police in Maryland.

A series of viral TikToks has raised serious concerns over how local Maryland police officers handled the forcible arrest of a man named Antoine Wedington during a traffic stop. The 23-year-old man repeatedly refused to step out of the vehicle on his own, forcing officers to take action.

The cell phone video recorded Oct. 19 shows Antoine Lee Wedington sitting in the passenger seat of a vehicle. The footage later posted to TikTok has since been viewed 4.4 million times and received nearly 170,000 comments.

The first TikTok Janney posted on Friday shows an officer quickly escalating the situation by trying to physically pull Wedington out of the vehicle. In subsequent TikToks, more officers are seen pulling at Wedington to remove him from the vehicle as he insistently asks them to get off.

Police can be heard saying they pulled over the driver, Heather Janney, for driving 45 mph in a 30 mph zone. Wedington, addressing the camera held by his girlfriend, asks, If they pulled her over for a traffic ticket, how is it lawful to get the identification of the passenger?

Two officers then grab onto Wedington, one by his feet, another at his neck, while he asks why he can’t take his time getting out of the car. Can’t you see I’m on the phone, he says, telling the officers to get off him.

Give me a kiss, babe, Wedington says calmly, leaning toward his girlfriend. He asks again why he can’t get out of the car himself. We gave you multiple chances. Do you understand that you’re under arrest? officer asks from outside the vehicle.

Do you understand they pulling on me like they dogs? I’m a human being, Wedington says. He tells the officers that there’s a child in the car and repeats that he wants to get out on his own, while grabbing onto the door frame and roof of the vehicle.

After receiving an outpouring of criticism online, the Anne Arundel County Police Department released a statement Saturday in reference to the national and local media coverage of a video that was released through social media. We felt it necessary to provide necessary contextual information which was missing from the video in order to provide clarity to our community members and those who viewed the video.

The department said officers were conducting traffic enforcement in the area of Shady Side Road and Deal Churchton Road and, at approximately 3:18 p.m. on Oct. 19, pulled a vehicle over for speeding.

While completing the traffic stop, officers obtained information regarding the identity of the passenger, Antoine Lee Wedington. Officers learned Wedington had two active arrest warrants on file through Anne Arundel County. At that time, officers advised Wedington of the active warrants and that he was under arrest.

Officers asked Wedington to exit the vehicle, but after giving him numerous verbal requests and multiple opportunities to step out willingly, he still refused, according to the department. That’s when police said officers physically removed him from the vehicle and placed him under arrest.

The driver was cited for a traffic violation and released at the scene. Wedington was transported to the county detention center and charged with resisting arrest.

Police told that Wedington was wanted for failure to appear in court and a second retake warrant from the parole commission. Officers said they recognized Wedington during the traffic stop and were able to identify him, according to the station. While Wedington said in the video that he did not give officers any form of identification before they pulled him out of the car.

The video was first posted to TikTok by Janney, the couple might pursue legal action against the police department.