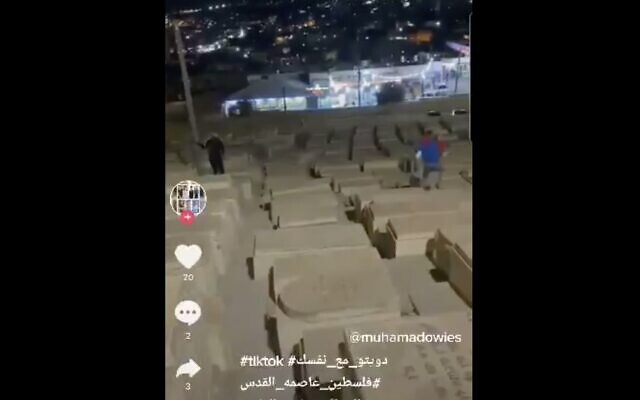 Jerusalem – Israel: Police arrested a 20 years-old resident of East Jerusalem over a TikTok video showing two people running on graves at the Mount of Olives.

A video uploaded to TikTok shows two people running on graves at the Mount of Olives cemetery in Jerusalem. In the TikTok video two people can be seen jumping on and between graves as they run through the Jewish cemetery.

The suspect was questioned on suspicion of insulting religion according to police.

The Mount of Olives overlooks Jerusalem’s Old City and has been used as a Jewish cemetery for over 3,000 years. It holds an estimated 150,000 graves.