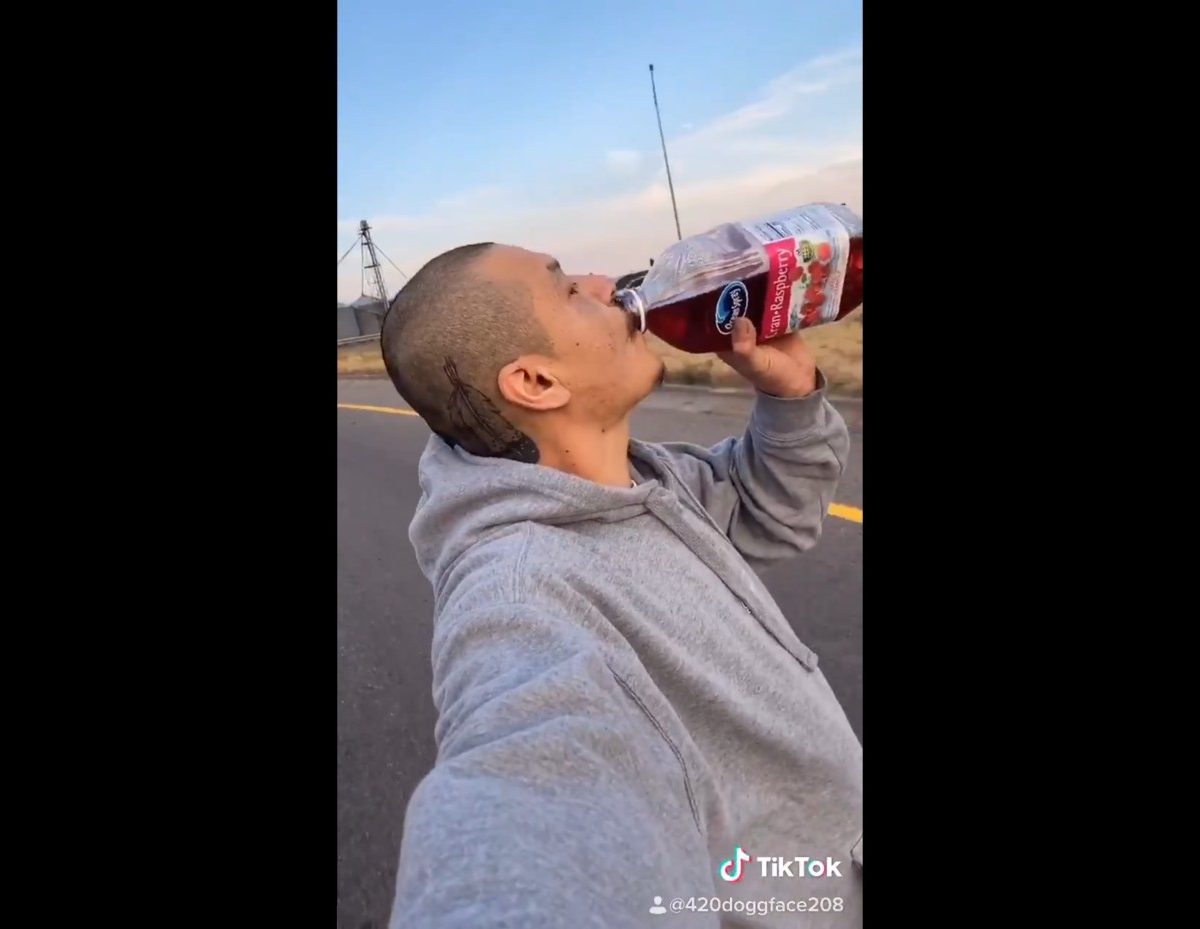 Nathan Apodaca’s truck had already logged some 320,000 miles. One morning last month, it couldn’t go a mile more. The truck broke down on a highway in Idaho Falls, Idaho, about 2 miles from the potato warehouse where Apodaca has worked for nearly two decades.

Luckily, he had a skateboard in his truck, along with a bottle of Ocean Spray’s Cran-Raspberry juice.

I was just sitting there, and I’m like, OK, I’m not gonna sit here and wait for nobody to pull some jumper cables. I’m not gonna flag anyone down. So I grab my juice, grab my longboard, started heading to work.

The story could have ended there

As Apodaca rolled down a hill, he casually turned on his TikTok account, @420doggface208, and created a video that would make a cultural sensation of his fairly prosaic, if resourceful, commute to work.

This wasn’t Apodaca’s first TikTok video. He has been making them for about two years, mostly on lunch breaks at his factory job. He was first turned onto the app at the urging of his teenage daughter.

In the video that launched him into Internet fame, you see him wearing a gray hoodie juice bottle in hand. He gives a cool-guy what’s up? not to the screen. Then he turns his head around to check traffic, revealing a feather tattoo, which honors his Native American mother.

I couldn’t hear nothing when I was looking around for the cars, because the wind was in my ears. So when I turned and the wind cut out is when I caught the part where she gets the vocals. I almost didn’t post it, but I was like, ‘Let’s post it and see what it does within an hour.

In its first hour on TikTok, the video gathered some 100,000 views. It now has more than 35 million. It has been crowned with meme status. According to figures from TikTok, 134,000 tribute videos have been made, inspired by Apodaca, totaling almost a half-billion views.