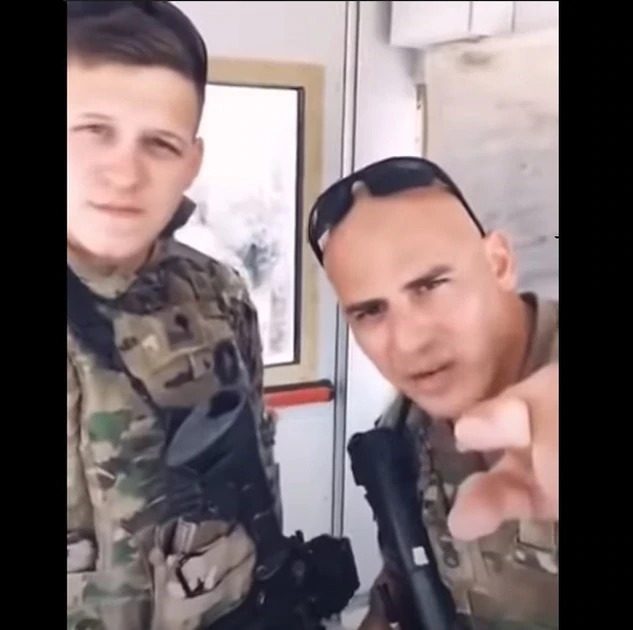 Two deployed soldiers posted an obscenity-laced TikTok video of themselves in September, armed and in uniform, chiding liberals and democrats for being crybabies and snowflakes now face disciplinary action following an investigation.

The two soldiers are assigned to Company A, 3rd Battalion, 126th Infantry Regiment, which is deployed under U.S. Army Central Command, according to Air Force Capt. Andrew Layton, a Michigan National Guard spokesman. Neither the Michigan Guard nor U.S. Army Central would share the names of the soldiers, whose nametapes are not visible in the video.

We are aware of the video posted to TikTok by two U.S. Army Soldiers on Sept. 15, 2020 in the CENTCOM region. The video was removed from TikTok, the incident was investigated, and appropriate action is being taken.

Layton declined to say exactly what rules the soldiers broke or what punishment they received.

Unit leadership is aware of this video and disciplinary action is presently being taken. Regardless of the video’s origin, the reprehensible comments made in the video are unacceptable and inconsistent with professional military values.

One expert contacted by Military Times said the soldiers appeared to violate rules prohibiting wearing the uniform in a situation that could discredit the military, as well as one banning uniform wear related to political activities.

Both soldiers wearing body armor, and had their rifles slung throughout the video

The soldier on the left, a specialist speaking through a mouthful of chewing tobacco, refers to crybabies and snowflakes burning our f—king country down.

Is that guy drinking unicorn semen? said the soldier on the right, a staff sergeant. He also encouraged his imaginary audience to strap your balls on, you know, and be a f—king man. Move out of your mom’s basement and stand up for something.

This case is egregious and clear-cut. Such videos can also have a negative impact on perceptions of partisanship in the military. My research with Peter Feaver shows that partisan activity by servicemembers undermines trust and helps polarize the public’s confidence in the military. A viral video like this one that includes negative and vitriolic partisan attacks is likely to be extremely damaging and could even have longer term impacts on recruiting.

The bottom line is that troops must remain apolitical

Soldiers are public servants who have taken an oath to defend the principles of the U.S. Constitution while upholding DoD’s tradition of remaining apolitical.

The video has gone viral since it was originally posted to TikTok, subsequently deleted and then partially re-uploaded to the Art TakingBack YouTube channel title Two Soldiers Overseas Have A Message For Liberals. In this video, the two soldiers address the camera as if they were speaking directly to liberals and Democrats.