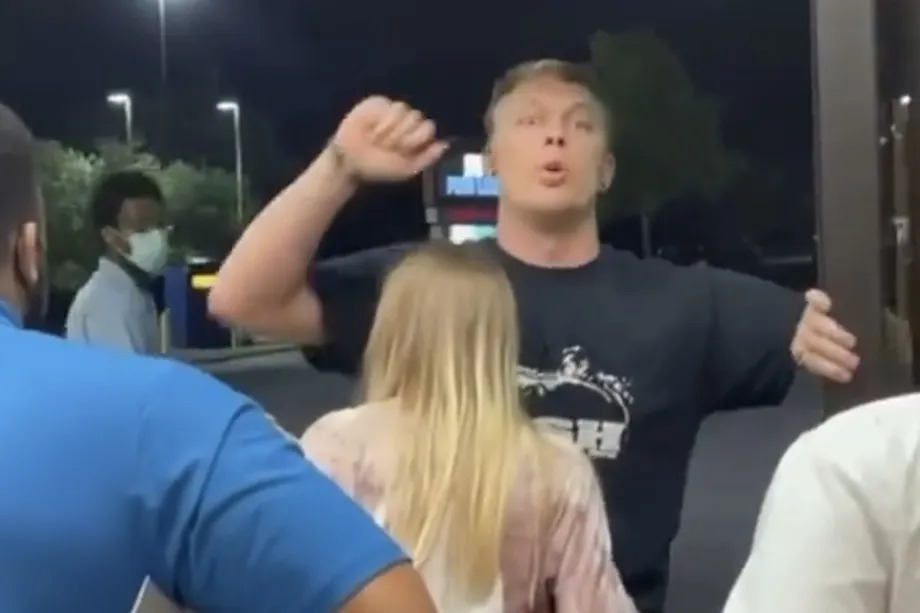 A White former Army sergeant threw a drunken tantrum at a grocery store that was caught on video and posted to TikTok. The rant called the Black Lives Matter movement racist.

This took place at a Food Lion grocery store in Sumter, South Carolina, where TikTok user __jasminenicole97 recorded the scene. The man spewing racist remarks at employees was 27-year-old former Army Sgt. John Walter Miles. His girlfriend was seen trying to restrain him.

John Walter Miles, 27 became upset because the store clerk would not allow him to purchase booze on April 9. He then called the employee a racial slur, which prompted onlookers to take out their phones and record the incident. Miles’ girlfriend tried to get him to leave the grocery store, but he refused.

Miles can be heard saying:

His girlfriend tried to push him out of the store. Miles then noticed that he was being filmed and began speaking directly to the camera. Miles can be seen holding open the doors, yelling directly at the camera, and aggressively pushing his girlfriend back. He refused to leave until the police escorted him away.

Eventually, Miles was escorted out of the store. Jasmine Nicole, the young woman who recorded the incident to TikTok, uploaded the video to other social media platforms as well. She even found Miles’ Linkedin account, which listed him as a drill sergeant leader for the United States Army Drill Sergeant Association.

Miles’ court appearance will happen in May

After reviewing the viral video footage, Sumter Police Department arrested Miles and charged him with aggravated breach of peace and trespassing. He was booked at the Sumter County Sheriff’s Office Detention Center.

Miles was arrested on Friday, April 16, and charged with trespassing and aggravated breach of peace. He was booked at the Sumter County Sheriff’s Office Detention Center before being placed on house arrest with a $15,465 bond.