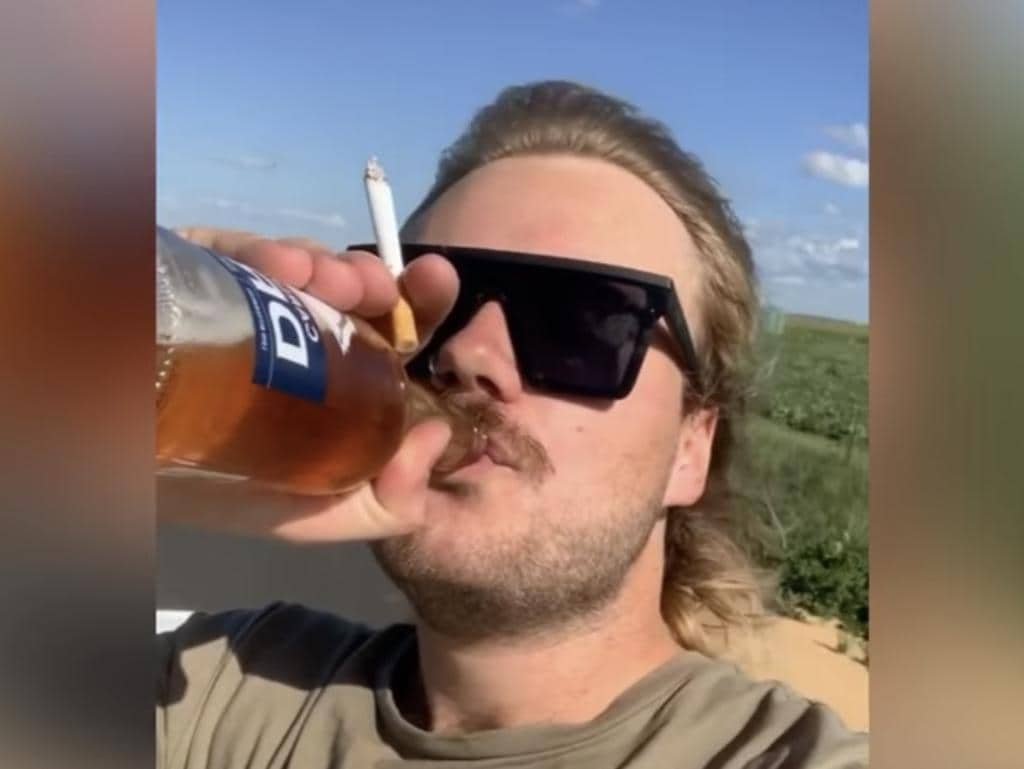 Victoria – Australia: Australian police currently investigating a man who recently appeared in a video participating in a dangerous TikTok stunt, in which he could be seen surfing on the bonnet of a driving car.

The footage of the risky act was uploaded by a man named Luke Zivkovic on Saturday, October 10. The video begins with him drinking a Carlton Dry beer while holding a cigarette. As the hit song Dreams plays in the background, the camera pans down to show him atop the bonnet of a moving car.

Victorian man investigated after bonnet-surfing in a dangerous TikTok stunt

In the video in question, Zivkovic, who hails from Horsham in Victoria, can be seen wearing sunglasses, drinking a bottle of Carlton Dry beer, and smoking a cigarette, while riding on the bonnet of a car down an empty highway. As well as Zivkovic himself, another passenger riding inside the vehicle can also be seen filming him.

The video has been shared more than 2,500 times in the past 48 hours and has amassed thousands of comments. The footage was also accompanied by the hashtag #dreamschallenge, a TikTok trend originally coined by a TikTok user and Idaho resident named Nathan Apodaca.

We are aware of video footage circulating of a male traveling at speed on the bonnet of a vehicle believed to be in the Horsham area. The male has been identified and an investigation is underway to determine the exact circumstances of the incident.

Zivkovic said there was no danger. The car never hit more than 20kph and was bring driven on a private road. The Horsham man says he has spent the last five years training as a backup stunt man, which “gave him the coordination and safety consciousness to be able to perform such a stunt.