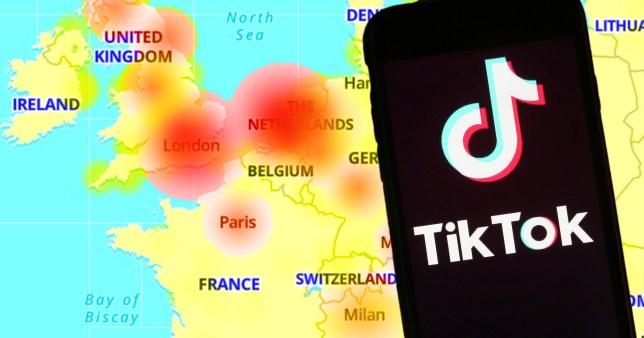 Thousands of TikTok users in the UK, Europe and Australia have reported problems connecting to the TikTok app. More than 3,000 users reported issues at lunchtime on Monday.

Problems with logging in, viewing videos and uploading content were reported

Hundreds also reported issues with the app in Sydney, Melbourne and Perth.

The issues started at around 1:12 pm

TikTokers took to social media to share pictures of their profiles which weren’t showing any followers or content. There was shock as likes and follower counts dropped to zero.

Some 59 per cent of users reported problems with viewing videos, 35 per cent had issues logging into the app, and 5 per cent struggled to upload content.

The app started to work again by 2:00 pm

The problem was resolved within 20 minutes and the TikTok is investigating the cause.

Earlier today we experienced a temporary issue in our Singapore data centre that caused short-term effects for users around usernames, profile photos, like counts, and follower lists. The issue has been resolved and service for our users is now fully restored. We are still investigating the root cause and apologise for the interruption our users experienced.

It’s not clear what caused the outage and it didn’t seem to be affecting all users.