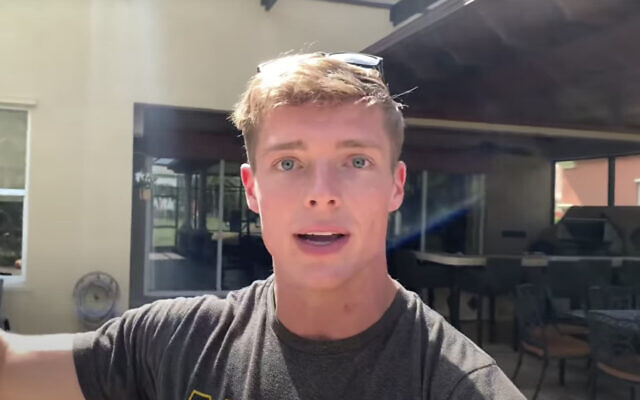 The US Army is removing an officer who made a Holocaust joke last year on TikTok. Nathan Freihofer, a second lieutenant, has millions of followers on TikTok, the video social media platform. In August, Freihofer posted a joke about the Holocaust, then told his followers: “If you get offended, get the f*** out because it’s a joke.”

Nathan Freihofer, a second lieutenant, has millions of followers on TikTok

Freihofer was suspended from his leadership duties after posting the video, which he since deleted. This week, Lt. Gen. Michael Erik Kurilla, the commander of the Army’s XVIII Airborne Corps, determined this.

The joke was posted on August 2020

The Freihofer’s statement was inconsistent with the values of Army service and inappropriate for anyone in a position of leadership over American Soldiers. As a result, last month the Corps commander initiated the process of removing Freihofer from the Army.

The decision comes a week after a pro-Trump mob stormed the US Capitol. In the months surrounding the election and the presidential transition, social media companies including Facebook, Twitter and TikTok have taken steps to combat bigoted posts and disinformation.