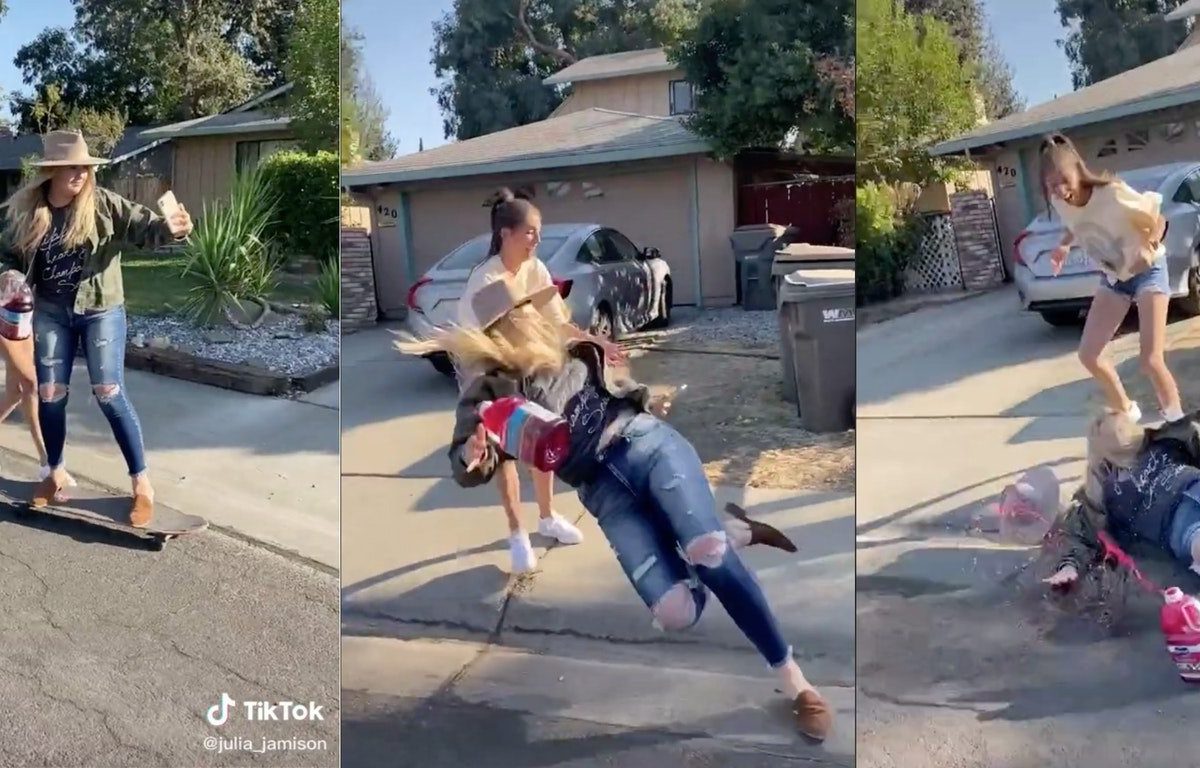 A TikToker just wanted to vibe but wiped out instead. She was attempting a challenge inspired by the Fleetwood Mac song Dreams and popularized by TikTok user @doggface208, who posted a video of himself vibing to the song, juice in hand, on a skateboard.

Several TikTokers have attempted the challenge, including Julia Jamison (@julia_jamison on TikTok), who has about 7,500 followers.

As someone pushed her from behind, Jamison rolled down a neighborhood street on a skateboard with the signature Ocean Spray juice in hand but promptly fell over backward, landing hard on the concrete.

The video has been taken down from TikTok

Jamison captioned her fail a challenge gone wrong. The video has gained about 166,000 likes. Viewers were quick to make fun of her in the comments.

“Is the cranberry juice okay?” one user commented. Another said, “Ocean Spray hit different with vodka.”

Several users asked for the camera version from Jamison herself, who was also filming with her phone from atop the skateboard.

She just wanted to vibe

In a follow-up TikTok, Jamison revealed that there was no other footage to show, as she actually stopped recording when she realized she was having the biff of a lifetime.

TikTok & UNICEF Come Together For The #MaskUp Campaign