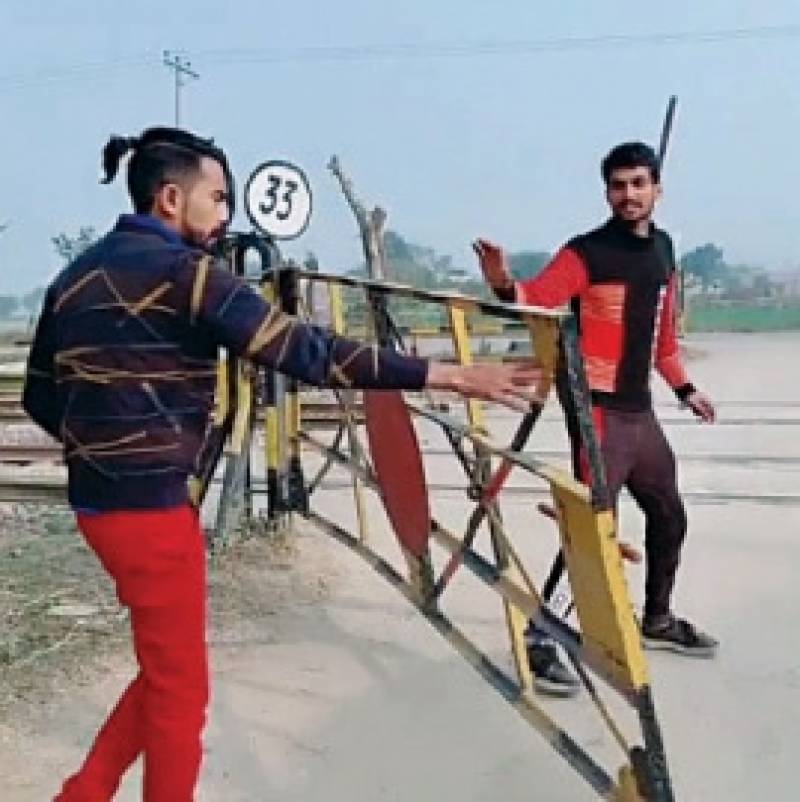 Lahore – Pakistan: Two TikToker arrested for closing railway tracks without permission in Lahore’s Raiwind in order to film a video for TikTok. Israr Gondal and Zohaib are frequent users of the TikTok and frequently uploaded videos on it.

They claim they didn’t know it is a crime, We just did it for fun

They closed the tracks for the train without taking permission from the department. There is no leniency in the department’s law regarding such a crime.

He said that strict action will be taken against both for recording video and closing railway crossing. A case has been registered against them at the Raiwind police station under the Railway Act, 1980.