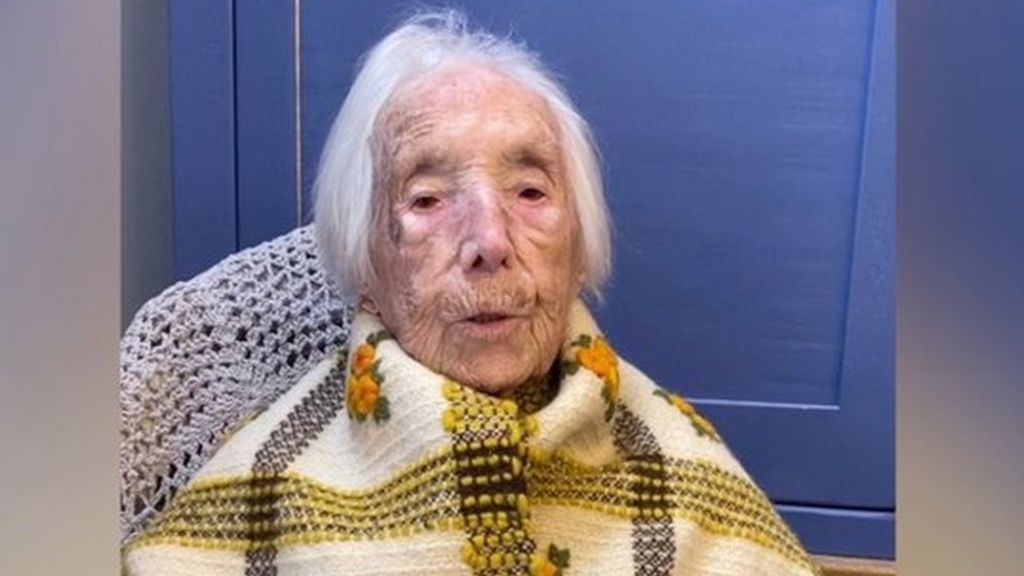 A 110-year-old great-grandmother has become an overnight singing sensation on TikTok. Amy Hawkins’ rendition of the popular World War One song It’s A Long Way to Tipperary was captured by her great-grandson on her milestone birthday.

Ms Hawkins, of Monmouth, was a performer and at Sacha’s age toured the UK but her mother banned her from the stage, as it was not respectable.

Ms Hawkins, aged seven at the end of the war, has sung songs from that era ever since. Ms Hawkins was touring with a dance group when her mother banned her from such a career.

She’s like a clock, once you wind her up she won’t stop. She just keeps asking, ‘Would you like another one? She now lives with three other generations of her family and they feel very lucky to have been able to spend lockdown together. Gran is the center of it all we just pivot around her.

The TikTok app, which only launched in 2016, currently has more than one billion users, who create and share short videos on the platform.

Ms Freeman said she was almost joking when she suggested Sacha should feature her in a video, but they could not believe the response. She is brilliant, so down to earth, and nothing phases her.

Reading the comments, people have been in tears, because they miss their family or about family they have lost. I think that has been a real lesson for Sacha too and has restored my faith in humanity in such a difficult time for everyone.

Sacha said his highlight has been seeing all the comments about people missing their family during Covid and how lovely my grandma is.