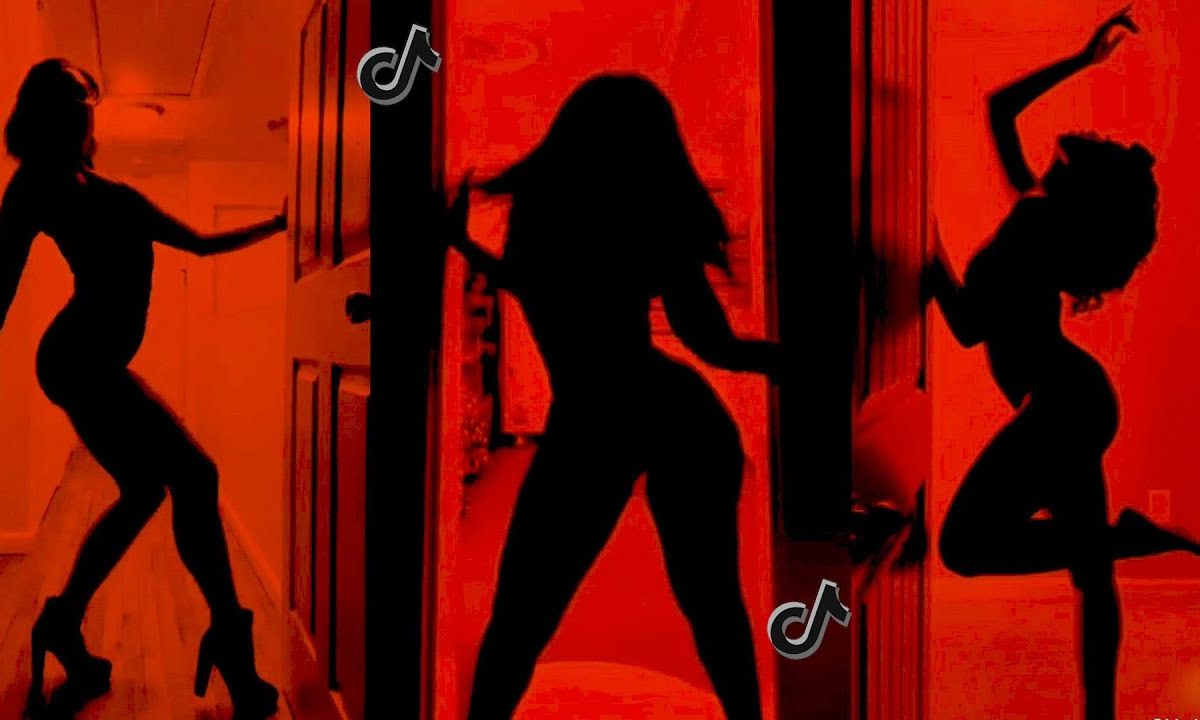 TikTok’s Silhouette challenge is the latest trend to sweep the internet, and viewers can’t get enough of the sexy videos. Users typically start their video in casual clothes and strike some sort of pose in the door frame. As the music switches from Paul Anka’s “Put Your Head On My Shoulder” to Doja Cat’s “Streets,” the user transitions into a sultry pose in red mood lighting. Users are also changing from baggy sweats to tighter clothes to accentuate their silhouettes.

You’ve probably seen the trending silhouette challenge on TikTok, with its distinct red filter. The trend started as a form of empowerment, a way for people to feel sexy and good in their bodies. But because everything is terrible, some people have found a way to turn a feel-good trend into depraved gratification.

There are now many videos on YouTube instructing people how to use editing software or apps to change the contrast and color in a way that reduces the silhouette effect. Because participants are just a silhouette in the challenge, many are wearing less clothing, or lingerie, or nothing at all. The goal of the editing is to reveal their bodies.

Instructions have also been shared on Twitter and Reddit. A subreddit for posting edited videos, called r/SilhouetteUnfiltered, has already been banned. At least two Twitter accounts that were editing TikToks on request and shaming the people in them have been suspended.

Now, people on social media are warning each other about the tutorials and advising people that whatever they are (or aren’t) wearing may end up being seen. The editing isn’t able to revert the videos back to their original form, but can reveal more details.

This TikTok about it, posted by @lostvsnryshots, has been liked more than 55,000 times.

In a follow-up TikTok, @lostvsnryshots refuses to share tips on how to reverse-edit the videos and shows comments from people saying the post had ruined the fun.

Another TikToker, @brinabee786, warned others how easy it is, using a photo of herself.

And this Facebook post was shared more than 2,000 times. People on social media are now calling out YouTube for hosting the tutorials and asking others to report the videos.