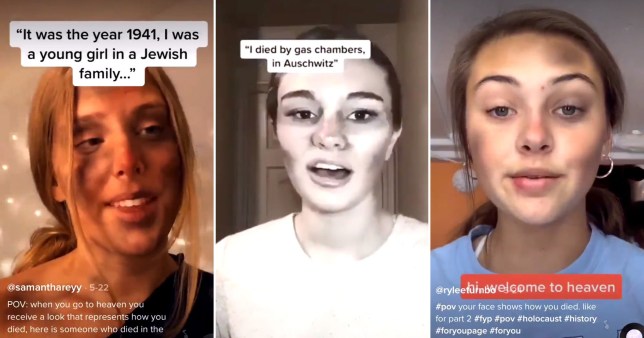 The Auschwitz Memorial has criticized a trend on TikTok in which young people portray themselves as victims of the Holocaust, saying the videos can be hurtful and offensive.

Some of the videos were beyond the border of trivialization of history: The Museum

The victims trend on TikTok can be hurtful & offensive. Some videos are dangerously close or already beyond the border of trivialization of history. But we should discuss this not to shame & attack young people whose motivation seem very diverse. It’s an educational challenge.

The trend is heavily criticized, disrespectful and disturbing

The point of the trend, according to one 17-year-old participant was to educate people about the Holocaust. But most people on social media felt the videos trivialized something truly horrifying as an excuse to practice their makeup and acting abilities.

The memorial did its best to toe the line between explaining why this means of education is problematic and offensive to the victims, while asking followers to avoid vilifying, shaming and attacking the young people who may have done something in the wrong way. Of course, not everyone felt this way.

A TikTok spokesperson has told Newsbeat the platform’s top priority is keeping their community safe.

We preemptively blocked users’ ability to search for #holocaustchallenge earlier this week and we are also redirecting any searches for this hashtag to our Community Guidelines to further educate users. TikTok does not tolerate hate speech content that targets any individual or group on the basis of protected attributes.