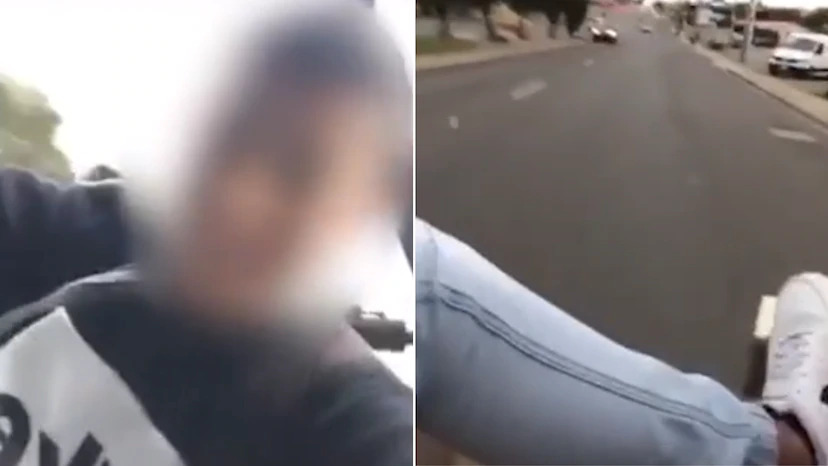 Adelaide – Australia: A teenager has been slammed after a disturbing truck surfing stunt on social media app TikTok. The unidentified teenager can be seen laughing as he sits on the back of a moving vehicle.

The footage appears to have been taken between Reynella and Morphett Vale with the truck passing by the corner of Main South and Sherrifs Roads.

The teenager says the random truck traveled into heavy traffic while he was aboard.

“It came sic scary when I accidentally went on the main road. Let’s just say it wasn’t good when my parents found out.

The video has been viewed more than 53,000 times and while some have criticised the behaviour, others cheered the teenager on as:

SA Police has slammed the stunt and is investigating the incident.

Riding unrestrained in the rear of a truck or Ute is extremely dangerous. Anyone who witnesses dangerous behavior on our roads is encouraged to report it to police.

A TikTok spokesperson has confirmed that the video has been taken down.

The safety of our users is our top priority at TikTok and we do not allow content that encourages, promotes or glorifies dangerous behavior that might lead to injury.