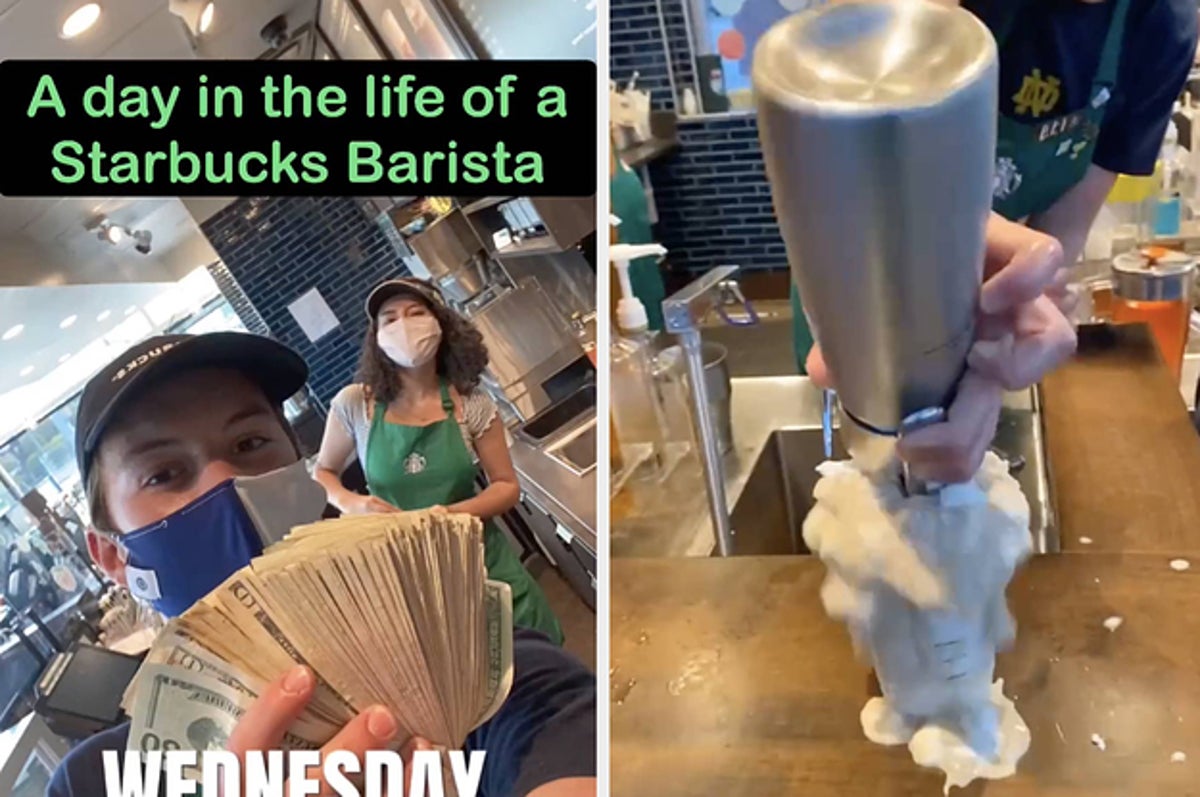 A 19-year-old University of Notre Dame student was fired by Starbucks for a viral TikTok in which he joked about how he and his coworkers would like to respond to demanding customers.

Eli Servais said he doesn’t feel his firing was justified, but he would trade all of his views and likes for his job back right now. In a viral TikTok that Eli Servais has since deleted, he jokes about throwing drinks out the window when a customer complains.

Servais’s TikTok, posted in September, was a skit montage of him responding in joking but aggravated ways to customers who routinely correct their orders.

The company has deep respect for its employees, there is an expectation that partners create a respectful, safe and welcoming environment.

In one example, an employee playing a customer hands a cold drink back and says, “I wanted this hot,” and Servais responds, grabbing the drink, “I’m so sorry,” and chucks it behind him. In another example, the person playing the customer says, “Oh, I wanted extra whipped cream,” and Servais is seen filling so much whipped cream in the drink that it foams over.

He and his coworkers at the Starbucks in Mishawaka, Indiana, simply thought it was a fun TikTok to make. There were no customers there. We were closed or about to be closed, so we were just having fun. Nothing was broken or vandalized. I apologized to them and explained that this was not in any way trying to damage the company. I took the TikTok down immediately.

Servais said that in October, about a month after he posted the TikTok, a Starbucks district manager came to speak to him about it.

He reposted it last week and it went viral again before he deleted it a second time. He asked which has has seen the full clip, not to post it in its entirety for fear of further repercussions.

But right after the meeting, Servais said he received a separation letter from Starbucks, firing him as a barista effective immediately. A letter states that he demonstrated behavior not aligned with Starbucks Mission Values by posting content on Tik Tok that shows partners mocking customers orders, throwing drinks outside of the drive thru window and fanning out money from the cash till.

Servais was really saddened. He loved working with his coworkers

I felt like I was too good at my job to be fired for something minor like this. It disappointed me a lot. I really did like working there. If I could take it back I would. I liked my coworkers and my managers. I reached back out to the district manager to plead his case to be re-hired, and to try to explain that his TikTok wasn’t severe as they made it out to be but the district manager didn’t really deal with it and sent me to someone else. People were sending me TikToks of other people making Starbucks jokes, which made me upset because such harsh actions were taken against me. I don’t hate Starbucks and I really liked working there. I was just really upset by the way they treated me in the separation process. I didn’t know it was coming and I didn’t expect that to happen.

Servais then reached someone at Starbucks HQ, who said he was eligible to be re-hired but not in the same district. He said he’s still unemployed and has not heard back about his status or from any Starbucks personnel since January.

A Starbucks representative confirmed Eli was fired and that he is eligible to be re-hired. Eli said he wasn’t given clear directives on how to formally challenge his termination and be re-hired. When asked about those steps, the Starbucks rep declined to comment and instead deferred to the company’s statement on the matter.

We have deep respect for every partner/employee at our company and the experience they have while employed by us. At the same time, there is an expectation that partners create a respectful, safe and welcoming environment while wearing the green apron.

Eli said ultimately he doesn’t hate Starbucks and still would like to be re-employed. He believes he’s being singled out for making a joke on TikTok jokes about working at Starbucks that he said are fairly common on the app and was reprimanded too harshly.