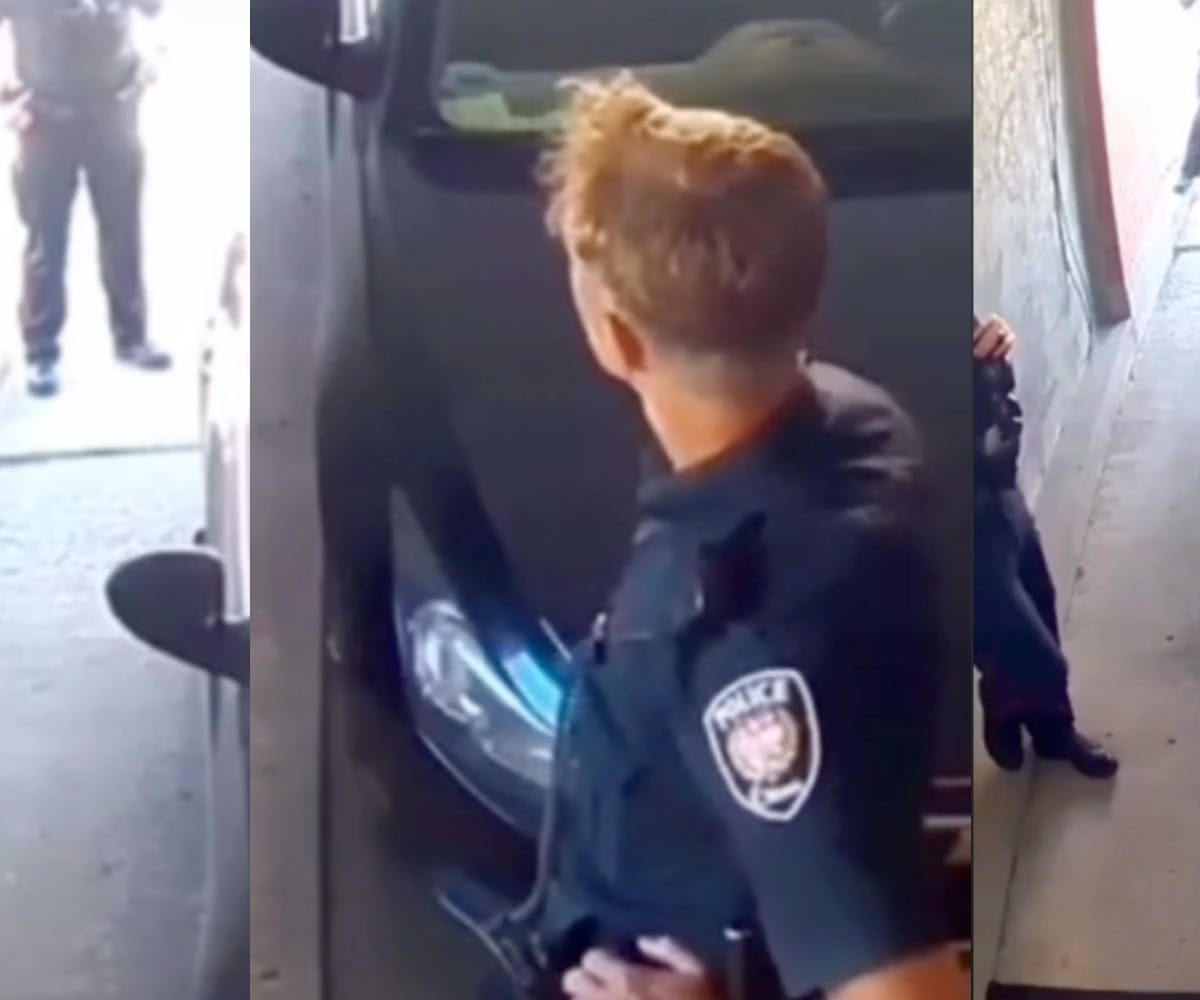 Ottawa – Canada: Ottawa police officer Const. Paul Heffler has been suspended after a viral video of him bemoaning the fate of the white man to other officers was posted online.

The video was captured surreptitiously on a camera mounted inside an Ottawa garage and was first posted on TikTok on April 4.

Three white officers are seen standing around a car. The video begins mid-sentence with Heffler, a 34-year veteran of the service, quoting someone else saying,

In a statement on Wednesday, Ottawa police confirmed a member of the service has been suspended as part of an investigation into a video posted online.

The comments on the video are offensive and erode public trust in the OPS as well as internal morale. The Professional Standards Unit investigation is ongoing and, at this time, no charges have been laid.

The service does not name members who are the subject of an investigation unless a charge is laid.

In an interview with this newspaper on April 8, Heffler said the discussion with two other officers in the video occurred two or three years ago.

You go to Toronto and every couple you see walking by is a mixed couple, you don’t see two white people together, (you see) white-Asian, white-East Indian. I told my son you gotta find a Chinese or an Asian girl if he wants to stay in a mixed; get your foot in the door.

A spokesperson for the Ottawa Black Diaspora Coalition said the video casts doubt on the effectiveness of the police service’s attempt at reform. “It calls it into question because, in reality, when people are not looking, this is how Ottawa police officers speak,” Jason Seguya said.

In the April 8 interview, Heffler said the conversation was prompted by a CBC news story about the birth rates for non-whites in the U.S., which included projections about what that means for the overall population.

He said his reference to the white man was a flippant way of summing up the information in the news story and the video was edited to cast him in the worst possible light.

“I can’t even call myself the white man, it seems. That’s how absurd it has become,” he said.

The incident is not Heffler’s first clash with senior officers

Reached for comment Wednesday, Heffler said he has “never seen a profession so demonized and demoralized both from outside of policing and from within it” in his 34 years of working as a police officer.

The video was posted by Andrew Younis, an Ottawa fitness trainer who received the video from a close friend. Younis said the video was captured by his friend, who is Black, during what Younis called a bullying police visit to his home.

“All I know is that cops were having inappropriate conversations at his place,” Younis told this newspaper after the video was posted. “We spread the video to raise awareness that this is happening in Ottawa.”

“There are few services and businesses that pay their employees $100,000 salaries and treat them like they are dime store security guards,” he wrote.

In 2016, Heffler sent an internal email to the entire force challenging then-police chief Charles Bordeleau’s leadership, hours after Bordeleau published an “open letter” to the public on combating gun violence in Ottawa.