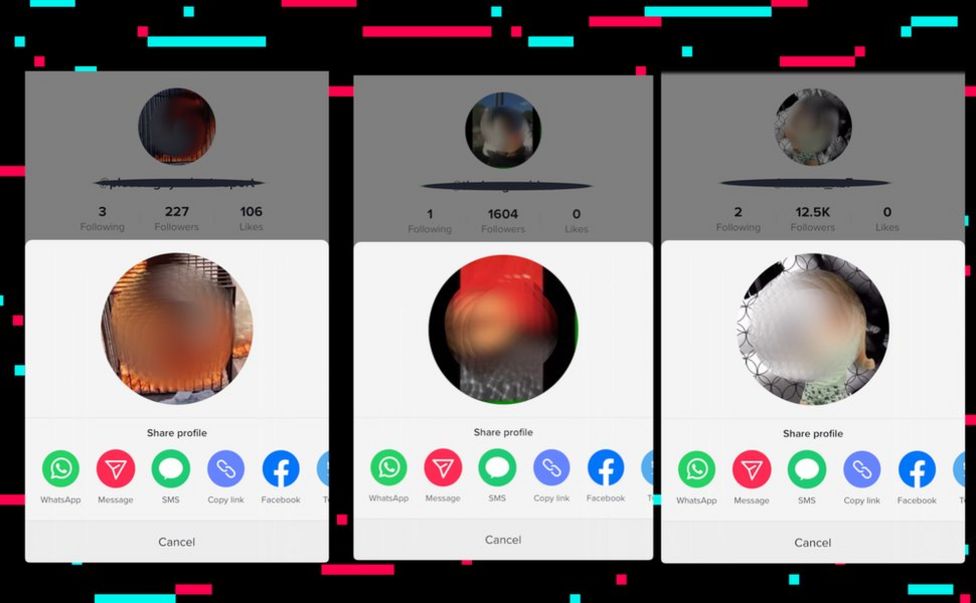 TikTok is banning users who are posting pornographic and violent videos as their profile pictures to circumvent moderation, in a unique viral trend.

TikTok users can put videos as their profile pictures, rather than an image

The “Don’t search this up” trend, which has accumulated nearly 50 million views was being used as a way to bypass the app’s moderation settings. Users say the trend is encouraging pranksters to post the most offensive or disgusting material they can find.

Users share the content by posting a non-offensive video with the text “don’t search this username” followed by the username. Searching the username leads app users to discover the account hosting graphic content as their profile video.

TikTok is working to stop this trend

Disabling a hashtag meant the term could not be found in search or created again. Its moderation teams are also understood to be analyzing and removing similar copycat terms being used for the trend.

The accounts involved often have no videos uploaded apart from the profile clip, with followers then waiting for that video to be updated with other graphic content.

The offending accounts are often named with a random jumble of letters and words and have no actual TikTok videos uploaded to them apart from inside the profile box. Some of the accounts have tens of thousands of followers waiting for the profile picture to be changed to something shocking.

Many users seen clips of hardcore pornography shared as profile pictures on the app, as well as an Islamic State group video of the murder of Jordanian pilot Muadh al-Kasasbeh, burned to death in a cage in 2015.

Regular users are able to find these accounts by watching otherwise mundane TikTok videos advertising usernames people should search up to find the most shocking clips that are being recommended by the TikTok algorithm on the app’s main For You Page.

Experts say the trend is unique and highlights an unknown vulnerability in TikTok.

In response TikTok clarify our Community Guidelines extend to all content on our platform, and we work vigilantly to detect and remove content that violates our policies, including making reports to the National Center for Missing & Exploited Children and other relevant authorities when appropriate.

Protecting our community from potential harm is our most important work. We have permanently banned accounts that attempted to circumvent our rules via their profile photo and we have disabled hashtags including #dontsearchup. Our safety team is continuing their analysis and we will continue to take all necessary steps to keep our community safe.

TikTok fans should be conscious of the risks on the platform and parents should make an effort to learn what new apps their children are using, along with the content and human dynamics they are exposed to.