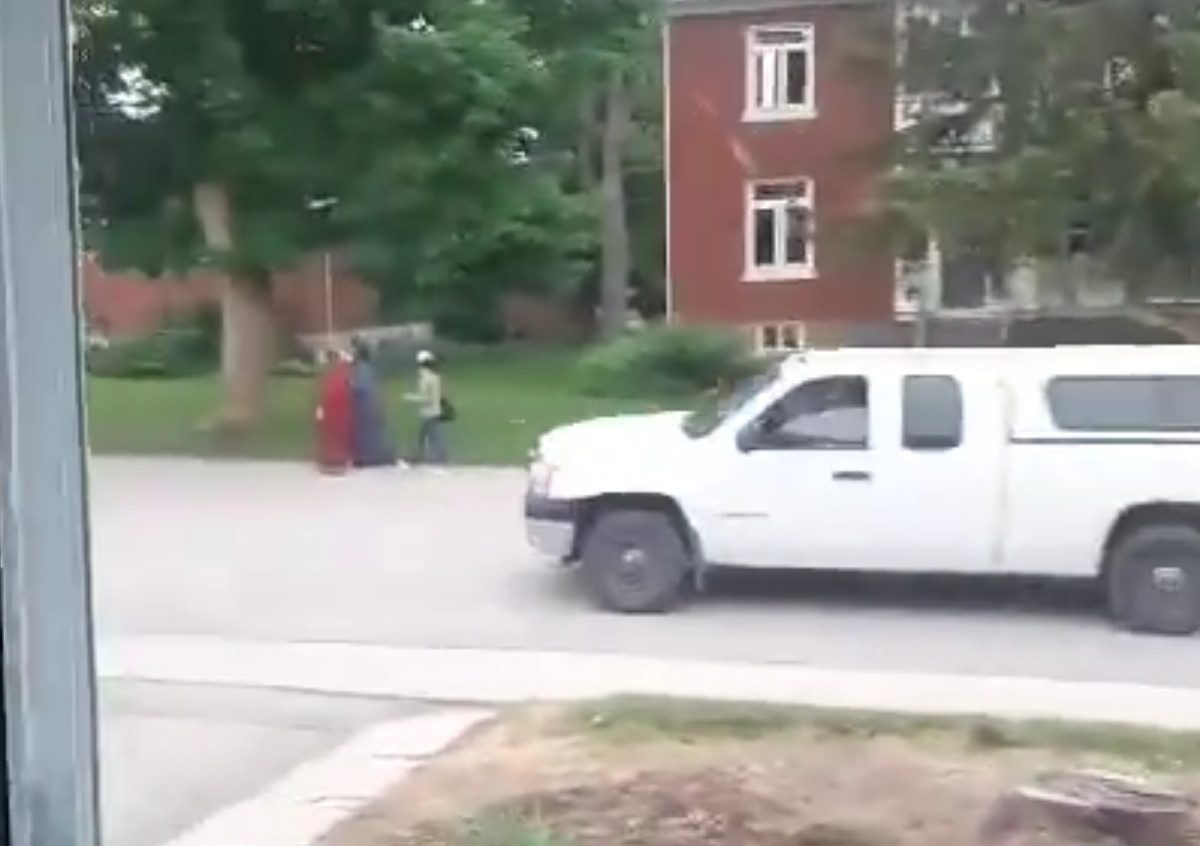 Ontario – Canada: Provincial police in Ontario have launched an investigation after a video was posted to TikTok which included disturbing references to the recent murder of a Muslim family in London, Ont.

The video shows what appears to be a Muslim family walking on the road and the voice of a man can be heard laughing and referencing the suspect’s actions in the London attack, saying:

Holy (expletive)! Where is Nathaniel Veltman when you need him? Oh, there’s a truck, buddy, you missed them, back up!

The video was made by someone in Harriston, Ont., a small community 70 km northwest of Guelph in the Town of Minto.

The anti-Muslim sentiment expressed in this disgusting video is abhorrent to the residents of Wellington County and the Town of Minto, and all efforts must be used to denounce hatred in all its forms. Islamophobia and all forms of racism have no place in our community, and we must ensure that messages of hate and fear fall on deaf ears.

Dr. Sabreena Ghaffar-Siddiqui, a professor of Sociology and Criminology at Sheridan College, says she wasn’t surprised by the video, noting she’s been subjected to these types of videos and comments her entire life.

I think white supremacist, hate, ideologies, violence that’s promoted online, that lives, breathes and grows online has been overlooked and we haven’t given it our serious attention. The hate that happens online is very much directly related to the hate that we see in person, that people deal with every single day. Unless we start to clamp down on people who make videos like this and people who share ideologies like this, we’re going to continue seeing young men radicalized with this type of extremist ideology where they feel like they’re justified in the killing of innocent people.

Hundreds of mourners gathered at the Islamic Centre of Southwest Ontario for a funeral Saturday as four members of the Afzaal and Salman family were laid to rest. Nine-year-old Fayez, who was seriously injured in the attack, remains in hospital.

Nathaniel Veltman has been charged with four counts of first-degree murder and one count of attempted murder. He is scheduled to appear in court again on Monday.