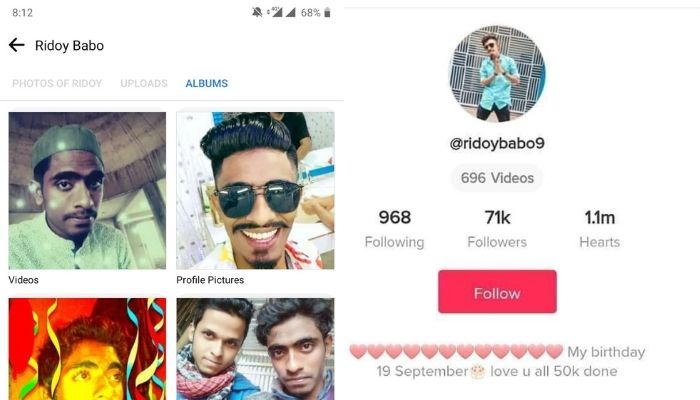 Dhaka – Bangladesh: Bangladesh has begun surveillance on people using the TikTok video-sharing platform after security forces busted a trafficking gang that lured girls into the sex trade in neighboring India using the app.

The monitoring began after eleven members of a suspected transnational gang were arrested for allegedly trafficking women and young girls to the neighboring country using the application.

A large number of TikTok users suspected of being involved in criminal activities are under close watch. The traffickers used the app to trap girls by offering to make them TikTok models, and eventually smuggling them to the Indian sex trade in the name of better jobs there.

The arrests came after a girl, who managed to escape from captivity in India and return to Bangladesh, filed a case with police in Dhaka, and video of a sexual assault on another 22-year-old Bangladeshi girl went viral on social media last month.

In her complaint, the girl accused one Rifatul Islam Ridoy, who is also known as TikTok Ridoy for his expertise in shooting videos using the app, of tricking her to a bordering district in February, and then smuggling her to India.

She was then taken to the southern Indian city of Bengaluru and forced into the sex trade, police said, according to the complaint.

Ridoy, who has reportedly been arrested in India, used to invite young girls to pool parties and video hangouts in Dhaka and offered them good jobs in call centres, supermarkets or in private offices in India, Khandaker Al Moin, another official of the RAB, told local media.

The transnational gang, he said, comprises at least 50 members and has smuggled some 500 people to India in the last five years.

Her non-governmental organization, the Bangladesh National Woman Lawyers’ Association, which monitors violence against women and children, reported some 533 cases of trafficking in Bangladesh in 2020.

RAB chief Chowdhury Abdullah Al-Mamun on Sunday suggested that Bangladesh should ban apps such as TikTok and Likee for some time.

Mum’s Warning After Son Chokes Himself in TikTok Blackout Challenge