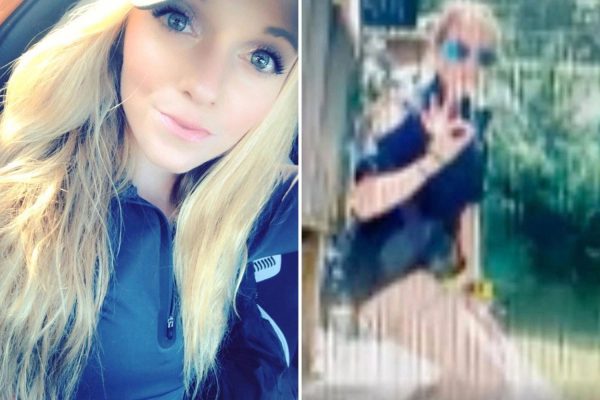 New York – USA: A female officer with the New York Police Department is under investigation after she was seen in a TikTok video dancing seductively, wearing just the top half of her police uniform, which included a holstered sidearm, paired with hot pants and cowboy boots.

The clip of Christine Galgano swinging to a parody of Lt. Dangel from the Comedy Central show Reno 911, violated a vital NYPD media policy, which stated that officers were prohibited from sharing photos or videos of themselves in uniform as anything posted by an officer on their private social media account is a reflection on the Department as a whole.

Mirroring Lt. Dangel who emerges from a shoe store in his uniform top, short shorts and a bag with new boots, Galgano mimicked his hops and twists in a sunny yard as Dangel’s recorded voice, saying

An investigation was launched after the Bronx housing officer’s superiors were made aware of the inappropriate social media post.

The off duty incident was investigated and addressed by the officer’s commanding officer.

The post has since been deleted. It is not known whether Galgano would be formally disciplined for her actions.

Galgano has more than 13,000 followers on Instagram and several hundred on Twitter. Many people came to her defense saying that she was merely having fun in the video. “NYPD murders and abuses people but this woman not wearing pants is the real issue,” a person commented, while another said, “Appears to be the absolute best thing about the NYPD! Best press they’ve had in years.”

She joined the NYPD in 2018 and quickly became known as a fitness maven and lupus warrior. She also played on the NYPD women’s soccer team. In a videotaped talk posted on March 25 on Twitter, she described her battle with COVID-19. She was also reportedly taking hydroxychloroquine, the controversial coronavirus treatment.