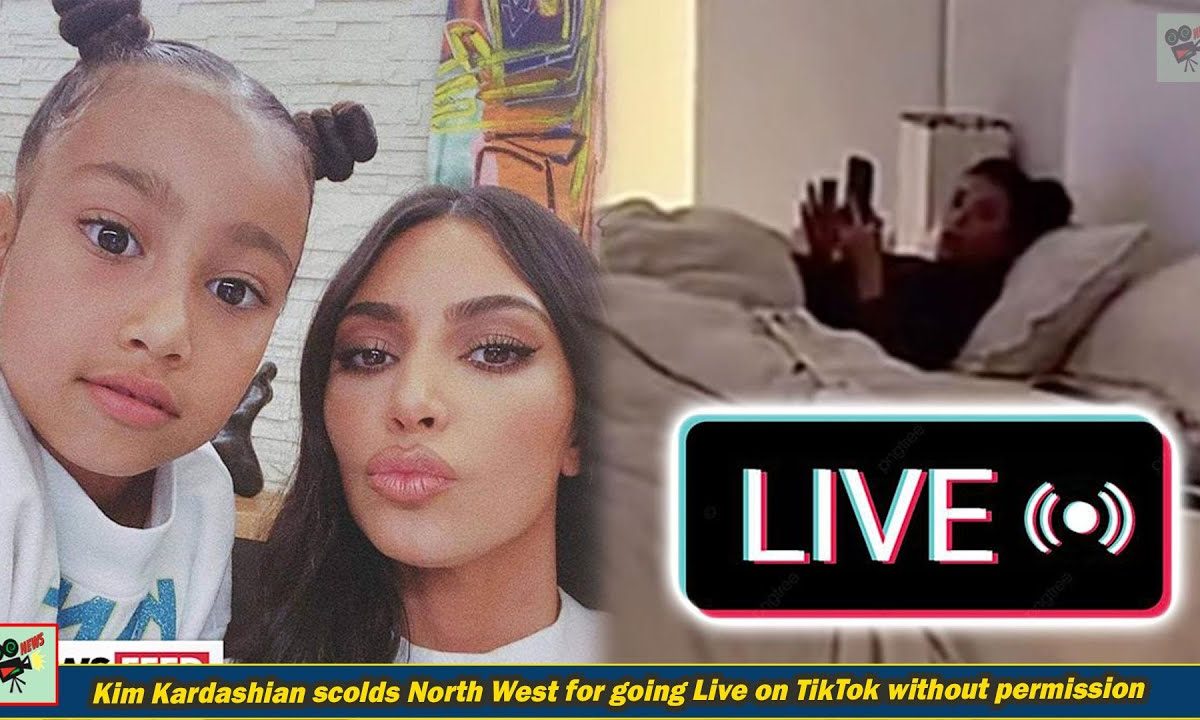 Let’s give a house tour, 8-year-old North can be heard saying in the video as she filmed the hallway of her home where oddly shaped white Christmas trees lined the eerie white corridor.

The eldest child of Kardashian, 41, and Kanye West, 44, also shared a glimpse at the family’s “Sing 2”-theme decorations as well as a look at the household’s sparkling Christmas tree and a pink bedroom that appeared to belong to North.

However, once North did manage to make her way back into the house she detoured past her mother’s bedroom and bravely showed off her little escapade before getting scolded live.

In the video, she could be heard saying, “Mom, I’m Live” in between a burst of giggles but the Skims founder quickly put a stop to it all with a few simple words like “No stop. You’re not allowed to”. Kardashian can be heard scolding North as the little one filmed her mom lying in bed on her phone in her bedroom.

“OK, bye,” North says, while continuing to film, catching her mom asking, “Is she really live?” before the video cuts out.

But by then, the Live video had been captured by several fan accounts and viewed by thousands of people.