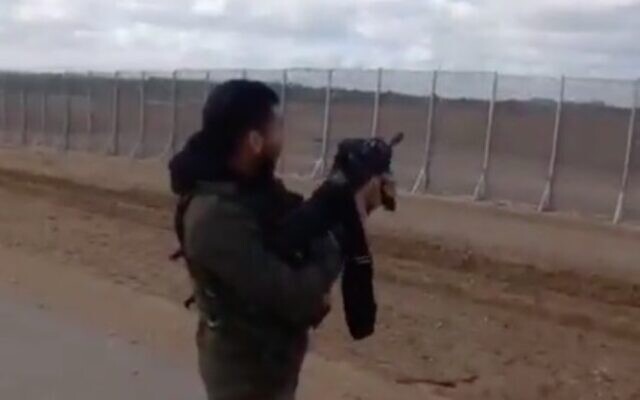 An Israel defense forces soldier standing towards the Gaza border has been sentenced to 10 days military prison for shooting in the air toward the Gaza territory in a TikTok video.

In the video, the soldier can be seen firing his gun over the border fence toward the Gaza, Palestinian territory.

The shooting did not align with open fire regulations

The soldier’s behavior in the video does not conform with the norms expected of soldiers and commanders.

Israel’s border with the Gaza Strip is its most volatile and there are numerous incidents each year of Palestinians from the coastal enclave trying to cross the fence, damage it in rioting, or carry out attacks on Israeli security forces.