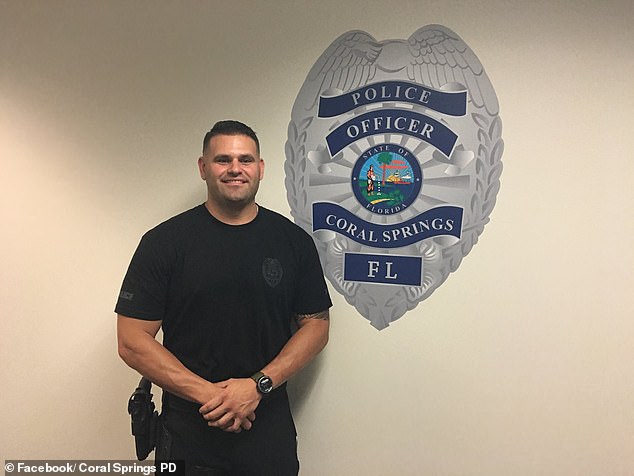 Coral Springs – US: A Coral Springs police sergeant has been suspended without pay for two weeks after investigators said he posted two offensive TikTok videos, including one in which someone sings a song asking President Donald Trump to send Mexicans back to Mexico.

Monzon underwent racial bias and sensitivity training among other penalties

Sgt. Gilbert Monzon must undergo 40 hours of racial bias and sensitivity training, according to documents released this week. The police chief recommended he be demoted to patrol officer effective January, but his rank stayed the same through a settlement process.

Monzon, 36, is a 12-year veteran of the force who’s among the officers lauded for helping injured victims to safety after the Stoneman Douglas High School massacre in 2018.

He could not be reached for comment at the department Thursday. Rod Skirvin, president of the Broward County Police Benevolent Association union, said the video, which included elements aired on the television show South Park, was sent from one officer to another and neither officer found it offensive.

He called the investigation a witch hunt and said it was more about internal politics within the department. He said Monzon is a hero with a tenured career.

One of the videos features a robot-like voice that says scanning for Mexicans, then stops at a Coral Springs police officer who appeared Hispanic. The robot voice then says, We’ve got a Mexican.

But a citizen who saw the TikTok video found it so offensive he reported it to the city’s mayor and two commissioners, and then the citizen searched for other videos. In a second video, someone is heard singing the lyrics, Donald Trump, send me home, back to where I belong, back to Mexico, to see my papa.

Both videos disparage the plight of Mexicans in the United States. The first video has audio tract that mocks border agents scanning for Mexicans. In the second video, it’s making light of the President sending Mexicans back to Mexico.

Monzon told investigators he intended for the videos to be satire and to connect with the newer guys at work by trying to think outside the box. Monzon, who is Cuban, said he is often referred to as the Mexican sergeant and hadn’t meant any offense and meant to also laugh at himself.

I cannot see that being offensive in any way. The videos humanize the badge.

The agency said Thursday that Monzon served his 80-hour suspension during September and October, and was required to educate the department at each roll briefing with a sincere PowerPoint presentation about responsible use of social media and the agency’s policies.