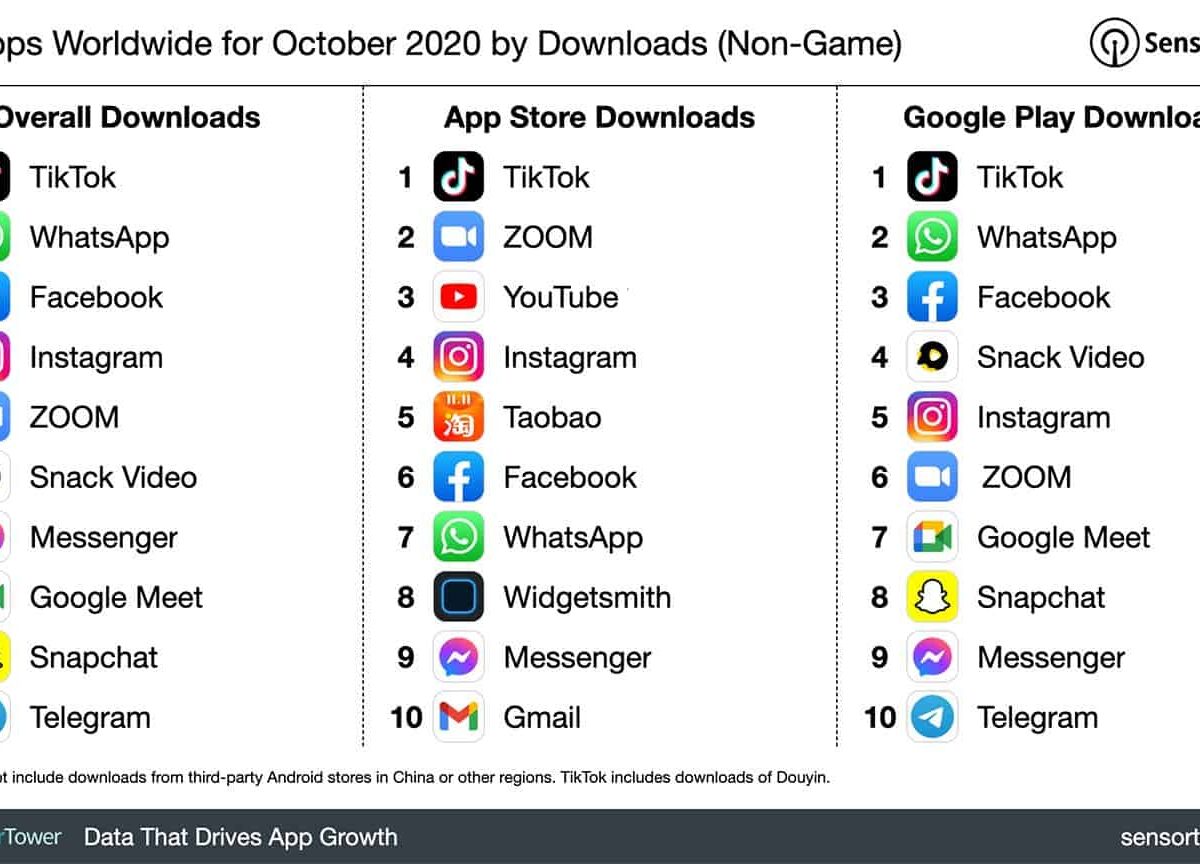 A well-known mobile application data analysis company SensorTower recently shared its top 10 apps in terms of downloads and revenues. According to the report, the non-gaming app with the highest global revenue in October is TikTok.

The Chinese app records user expenditures of more than $115 million, which is 6.2 times its October 2019 revenue. About 86% of TikTok’s revenue comes from Douyin, 8% is from the US, and 2% from Turkey.

Google’s YouTube is the world’s second-highest non-gaming application in October 2020. It has a total revenue exceeding $94 million, a year-on-year increase of 58% relative to October 2019. About 56% of YouTube’s revenue comes from the United States, and 11% from Japan. The next application is Tinder, then Tencent Video and Disney+.

In terms of downloads, TikTok still occupies the top position. In October 2020 alone, the Chinese short video app has up to 66 million downloads. This is an increase of 9.5% relative to the same period of last year.

Like we will expect, most of its downloads are from its Chinese version, Douyin. It accounts for 12% (China) of its total downloads. However, the app still records massive downloads from countries like Brazil. According to SensorTower, its download from Brazil is about 10%.

As of October 2020, the top 10 downloads of non-gaming applications worldwide are shown in the figure below. App download estimates come from Sensor Tower’s Store Intelligence platform.

WhatsApp is the second-most downloaded non-gaming application in the world last month. This popular messaging app has a total of 57 million installs. The country with the most Whatsapp installs is India with 30%. African giant and the most populous black nation with almost 200 million population, Nigeria,  is second with about 10%. Apparently, WhatsApp is very popular in sub-Sahara Africa.

Facebook, Instagram, and Zoom rank in the top five non-gaming applications with the most installs worldwide in October 2020.