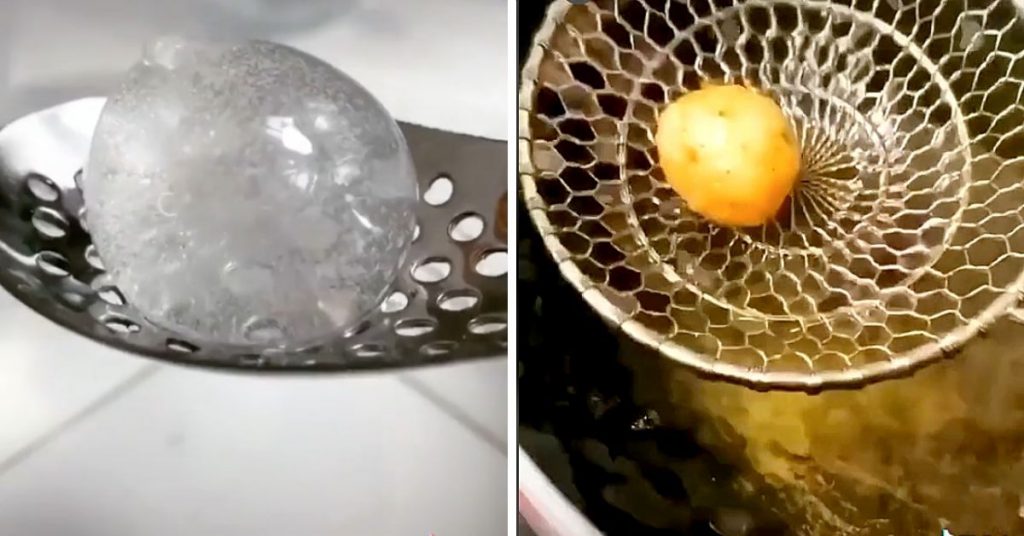 Scientists are warning us against a TikTok trend of deep frying water. The trend could lead to fiery explosions. The dangerous trend involves mixing water with calcium alginate to form a sphere of water, coating it in flour, egg, breadcrumbs, and then dropping it into a fryer.

This trend was started by a TikTok user Trendy Chef, who likes deep frying almost everything. But the original idea was originated by Chef Jonathan Marcus in 2016. However, it wasn’t supposed to be replicated.

Dr. Christoper Cramer from the American Chemical Society called the stupid trend insane and suicidal. He explained that hot oil gets so much hotter than the boiling point of water.

Water boils turns into the gas we call steam at 100°C. And, when that happens, it will expand in volume by about 1,500 times. That will happen pretty much in an instant, as the first portion to boil will break the nugget, and the resulting exposure of all of the remaining volume to the hot oil will flash it to steam immediately. So, that’s basically an explosion in a vat of hot oil and heaven help you when that oil begins to rain down onto the gas flame or hot electric burner. Bottom line good heavens, don’t do this!

YouTuber Jonathan Marcus has tried the trend at home way back in 2016 and he warned followers about how potentially dangerous it is.

His video description reads: This is potentially very dangerous. If water leaks out while the sphere is frying in hot oil, it may explode sending scalding oil everywhere. Do not attempt without proper safety precautions. Do not consume until cooled down or you may get burned. Also they don’t taste particularly good.

So, if you’re planning on trying this TikTok trend, we strongly advise you to notdo it. Aside from the fact that it’s not tasty and have less nutritional value, it can leave you hurt and even injured.

It certainly won’t trigger an explosion of flavors in your mouth and it can potentially cause a real explosion in your kitchen.