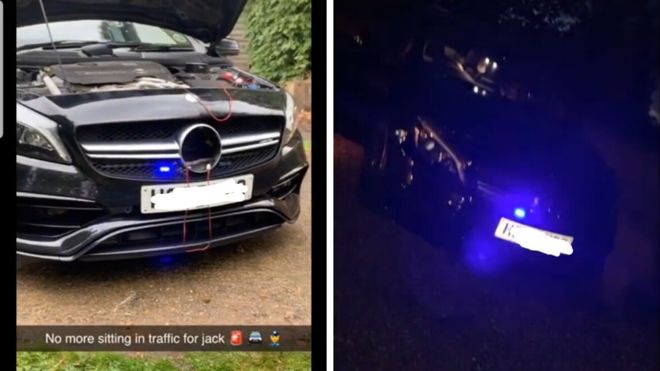 A driver who fitted fake flashing police lights to his car has been caught out after he bragged about it on social media.

The owner of the black Mercedes had posted on Snapchat and TikTok boasting about his ability to skip traffic jams.

Sussex Police Inspector Darren Taylor tweeted to say his team had paid the driver a visit.

The force said the man, named only as Jack, was spoken to and given strong words of advice.

Inspector Taylor tweeted two pictures which he said were posted by the driver.

The team have paid a visit to Jack today to speak to him about his car. Jack likes telling people on TikTok about his blue flashing lights and how he can get through traffic quickly. Jack is committing an offence if he does use them.

Boycott China: Chinese Apps are Under Fire in India