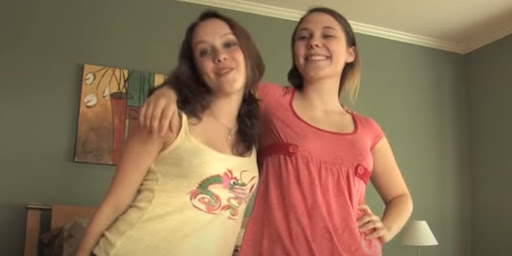 A controversial horror film called Megan is Missing is going viral on TikTok after many users watched it for the first time over the weekend. The film, which was heavily criticised for its objectionable content when it was released in 2011, is having a resurgence on the platform with users calling it “traumatising” and warning each other to take caution.

The film which is part of the found-footage genre follows the story of 14-year-old Megan and her best friend Amy. After meeting a man called Josh online and agreeing to go on a date with him Megan goes missing, leaving Amy to try and piece together what happened.

The film’s director, Michael Goi, issued a statement via TikTok on Sunday, issuing the customary warnings he says he would normally give people before they watch the film.

At the time of its release the film was fiercely criticized for its sexualization of the young protagonists, the use of graphic violence and the quality of the acting, and was was banned in New Zealand for its objectionable content.

Almost a decade after its release the film gained traction on TikTok over the weekend with viewers having a mixed reaction to the film’s resurgence. Many viewers wanted to warn spread caution, informing others to be mindful of trigger warnings before they watch the film, while others were shocked at how terrifying the film is.