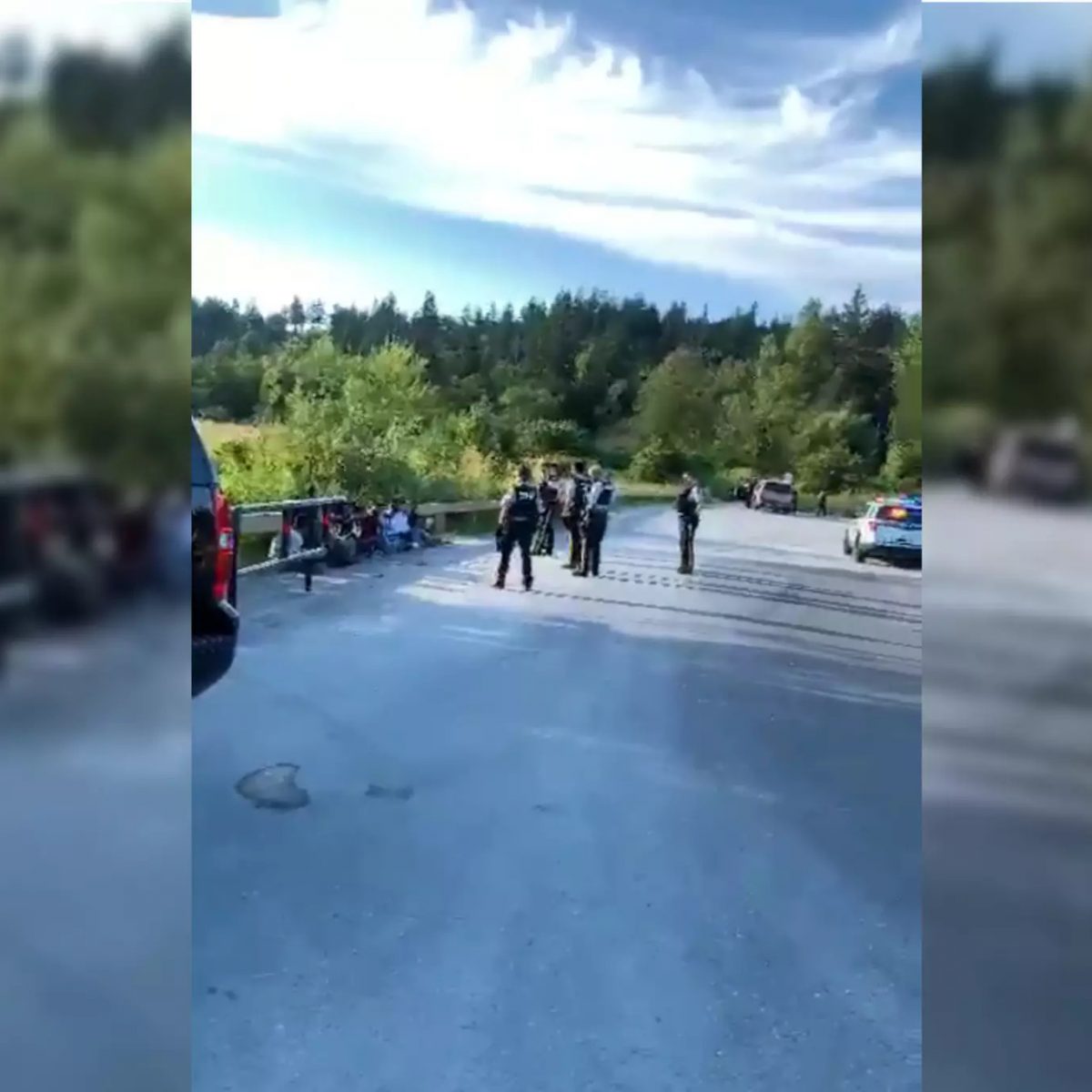 Surrey – UK: A group of 12 men filming a TikTok video were arrested after witnesses reported seeing a man with a gun among the group.

Police initiated an urgent response shortly before 7 p.m. to a report of a man with a firearm in the park at 1431 Colebrook Rd.

According to witnesses, a man with a gun had put another man in a headlock and brought him into the bushes.

Police searched the area and found two air-soft pistols, a baseball bat, a camera and a chair with a rope.

Upon arriving at the scene, police say they arrested 12 young men between 25 and 30 years of age who explained that they were filming a video for TikTok, a Chinese-owned video-sharing app popular among teens.

Police have a duty to respond to all weapons calls as legitimate public safety concerns. This group of young men put themselves and others at risk as a result of their poor decision-making. Air-soft pistols and other replica firearms are best left at home, or better yet, for the safety and well-being of our community, please don’t buy one.

The 12 men were released and each issued them a $200 bylaw ticket for Section 33 of the Parks Regulation Bylaw. This prohibits the carrying of an airgun within a park without the prior written permission of the general manager.