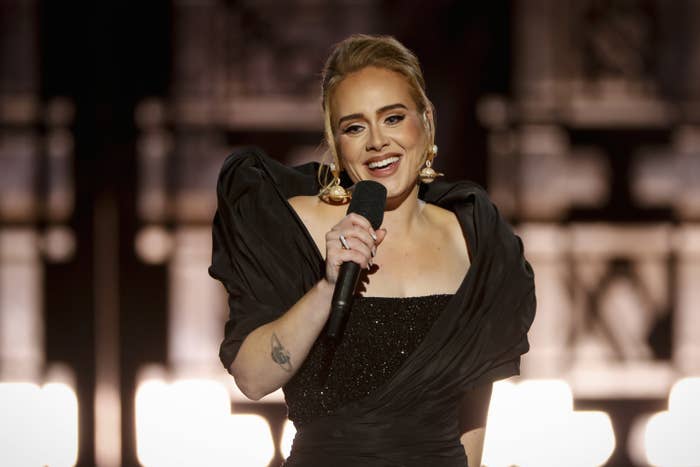 Adele has recently explained the real reason behind she prefers not to make music for TikTok.

While being interviewed by Apple Music’s Zane Lowe, Adele said that the conversation of TikTok came up a lot while she was recording her latest album, 30.

Adele response to her team was Tik-a-Tok-a-Who?

She also went on to pose a question and admitted:

Who’s making the music for my generation? Who’s making the music for my peers? I will do that job gladly. I would rather cater to the people that are like, on my level in terms of like the amount we’ve spent on earth, and all the things we’ve been through. I don’t want 12-year-olds listening to this record, it’s a bit too deep. That’s my vibe. Because that’s what I was doing. So I’m more concerned with how this record can help them.

Her interview was published to YouTube on November 17 ahead of the release of her latest album, “30” on November 19.

TikTok has been utilized by creators and record labels to promote new tracks from upcoming artists, and also plays a part in older songs resurfacing and booming in popularity once more.

The music industry is evolving as a result. For example, Sam Smith’s “Like I Can,” Lil Nas X’s “Montero (Call Me by Your Name),” DJ Snake’s “You Are My High,” and the Bee Gees’ “More Than A Woman,” flooded the app in 2021 thanks to promotions by music-technology company Create Music Group, according to Business Insider’s Dan Whateley.

However, Adele seems determined not to take that path, with any upcoming virality of her music being caused organically.