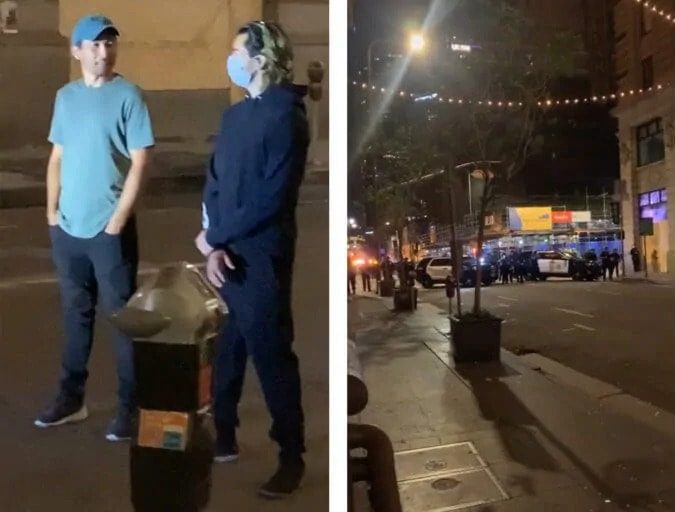 In a viral TikTok video posted Monday night, Los Angeles police shoot two peaceful bystanders, seemingly unprovoked. The two men were in an empty street, about half a block away from a line of armed police. The officers shot them with what appear to be less-than-lethal rubber bullets large plastic projectiles that can cause serious injuries and in some cases death.

The video only shows about a dozen officers

They’re just having a normal conversation, while at least a hundred cops are just staring at them.

Oh, they’re moving forward the voice-over continues, referring to the police. The two men kept standing still and were then shot by the police, doubling over in pain. It’s unclear whether their choice to stand in the street was an act of peaceful protest, or if they were just watching.

In a later video, Monroe held up a projectile that he said was used in the altercation. These bullets, also known as baton rounds, have injured many protesters, bystanders, and journalists during the George Floyd protests.