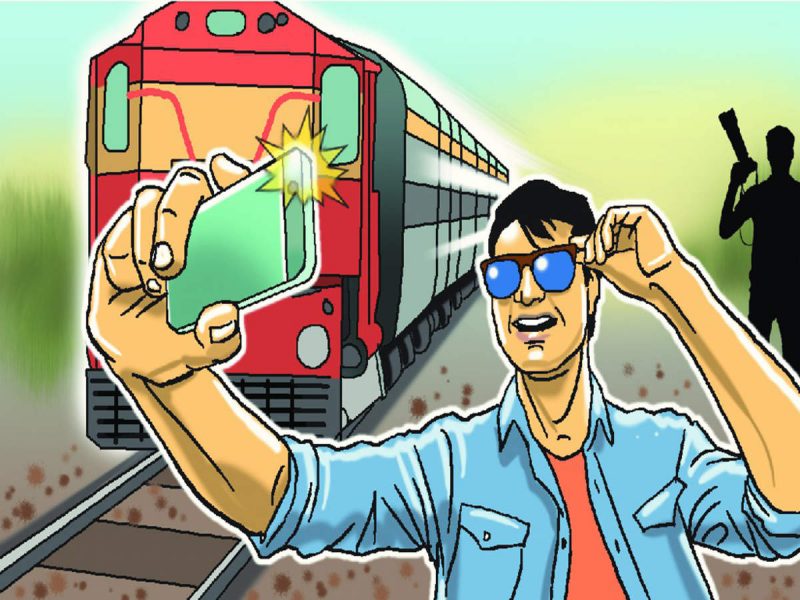 Bengaluru – India: In a shocking incident, a teenager and his friend were killed by a speeding passenger train in Bengaluru near a level crossing near RK Hegde Nagar on Friday evening while shooting a TikTok video.

The incident took place between Yelahanka and Channasandra in Bengaluru and the two deceased were from Hegde Nagar in the city.

The two deceased were identified as 19-year-old Aftab Sheriff working in a welding shop and 23-year-old Mohammed Matin who worked as a food delivery boy. A third person a 22-year-old Zabiullah Khan who was shooting the video.

At around 5.30 pm Aftab, Mohammed Matin and Zalibulla went to the railway track near RK Hegde Nagar to make a video for TikTok. Zalibulla was making the video while his two friends were in front of the camera.

They ignored train whistles and train hit them from back

Zalibullah admitted to the Bengaluru hospital for treatment

Aftab fell down after his body hit an electric pole near the track. Matin’s body was recovered around 20 feet away from the area. Zalibulla’s injured body was found away from the tracks. He was immediately rushed to a hospital in Bengaluru. Zalibulla is undergoing treatment.

Aftab and Mohammed Matin lost their lives while their friend Zalibulla Khan sustained serious injuries in the incident.