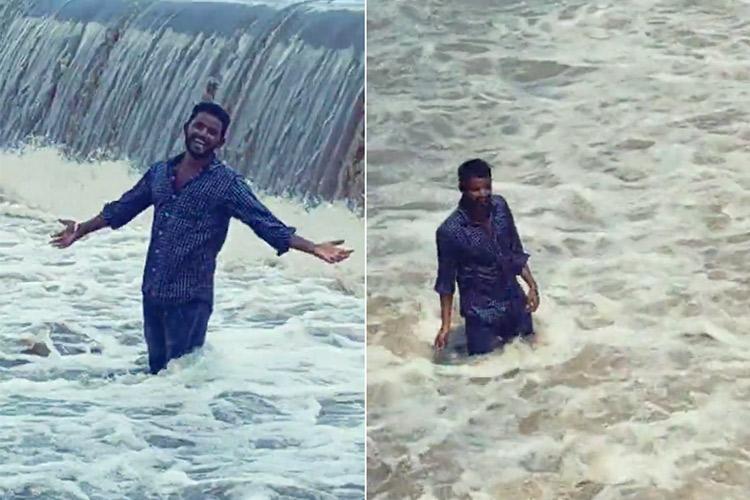 Telangana – India: Indrapuram Dinesh along with his two friends Gangachalam and Manoj Goud had gone to see the Kappalvagu stream in Gonugoppula village in Bheemgal town of Nizamabad district in Telangana.

The trio reportedly started making TikTok videos. As Gangachalam and Goud shot the video Dinesh performed to a Telugu song.

It was witnessing a heavy flow of water due to the incessant rains in the area. Dinesh and his friends reportedly started making videos for TikTok app. The three slipped due to the gushing water and started drowning. While the villagers present at the scene managed to rescue Gangachalam and Manoj Goud but they could not rescue Dinesh.

As the stream saw huge waters due to rains. The water flow from the check dam had also increased. The three fell as they ventured near the deep hole in the stream. When the incident took place there were many people in the area who help to rescued them.

Dinesh was migrant labor in Dubai

Two videos, which were reportedly recorded a few minutes before the incident, have been going viral on social media. His dead body was recovered after three days of the rescue operation. The body handed over to the family after the postmortem.