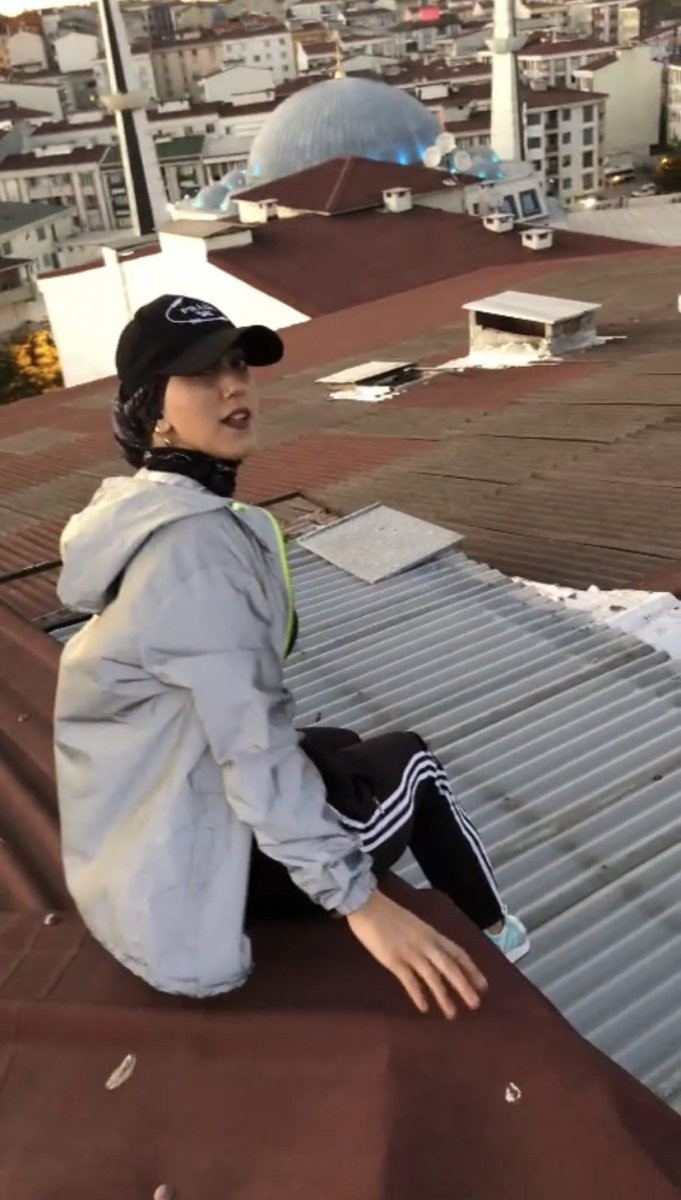 Istanbul – Turkey: A 23-year old young women died after falling from the roof of a building while trying to record the TikTok video in the Esenyurt district of Istanbul. The girl can be seen disappearing through the hole after stepping on a plastic roof sheet in the recorded video.

Dogan and her cousin Helen decided to go to the roof to watch the sunset and shoot a video on TikTok. They spent some time on the roof taking photos and videos.

Her cousin recorded the moments of the dramatic death

Later, while Dogan wanted to get off the edge of the roof, she stepped on a plastic panel. Unable to bear the weight of nature, the panel collapsed.

Helen then informed Dogan’s family. Health and police teams were dispatched to the scene after a call from the family. The young woman was pronounced dead at the scene shortly after the fall.