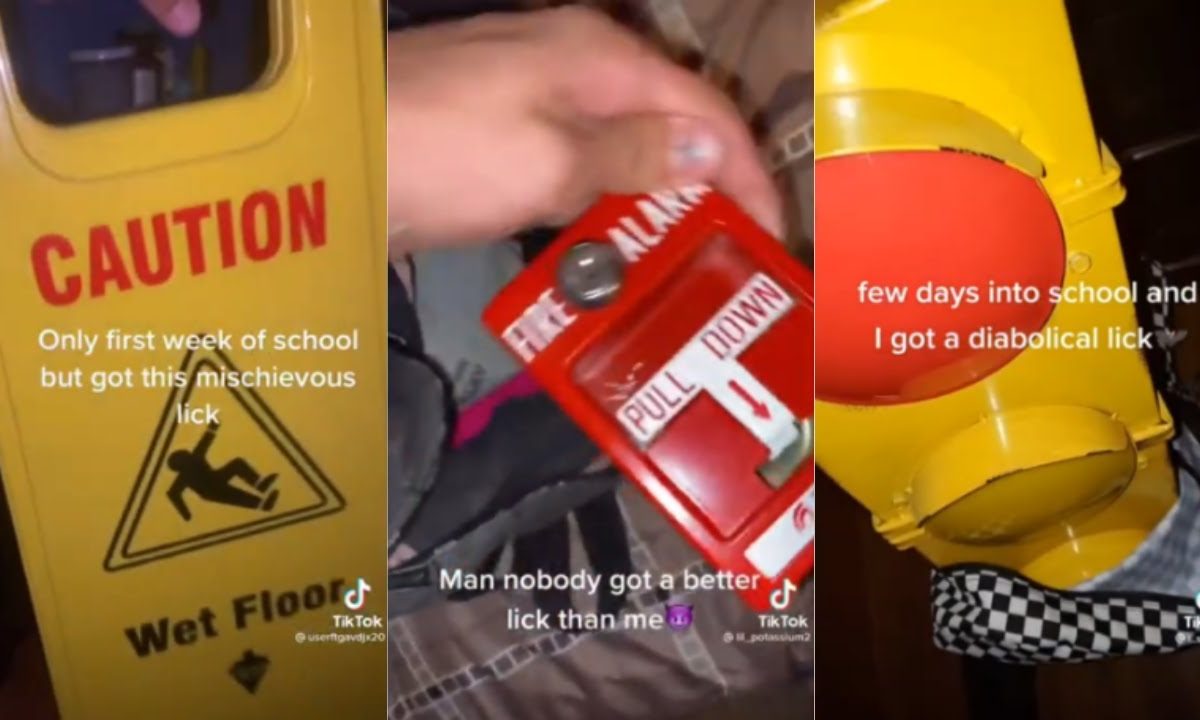 The latest crazy TikTok Devious Licks trend, encourage students to post videos of items they allegedly stole from their schools.

The trend begin after TikTok user @jugg4elias posted a video of himself pulling a box of disposable masks out of his backpack with the caption, “A month into school absolutely devious lick. Should’ve brought a mask” The video received roughly 239,000 views in a week

After that number of students start stealing items from school such as wet floor signs, microscopes, clocks, projectors, paper towel holders and then describing them as their devious licks. No matter the object though, it’s always described by the presenter as a devious or diabolical lick, depending on the scale of the theft.

The Devious Licks trend has been banned from the TikTok

TikTok on Wednesday confirmed it has banned content around the devious licks trend, in which students post videos of items they allegedly stole from their schools. TikTok is removing hashtags and redirecting searches related to the trend, citing a violation of its community guidelines.

We expect our community to stay safe and create responsibly, and we do not allow content that promotes or enables criminal activities. We are removing this content and redirecting hashtags and search results to our Community Guidelines to discourage such behavior.

Some schools have made public statements saying they are monitoring for students who try to participate in the devious licks trend.

The bathrooms and other property on its campus were being destroyed because of the trend. It also said it would investigate all instances of people participating or encouraging the trend and would be providing school discipline at the maximum level allowed. Please talk with your student immediately, as all students involved in the making of the video, destruction of property or watching and cheering on the destruction will be addressed and face consequences.