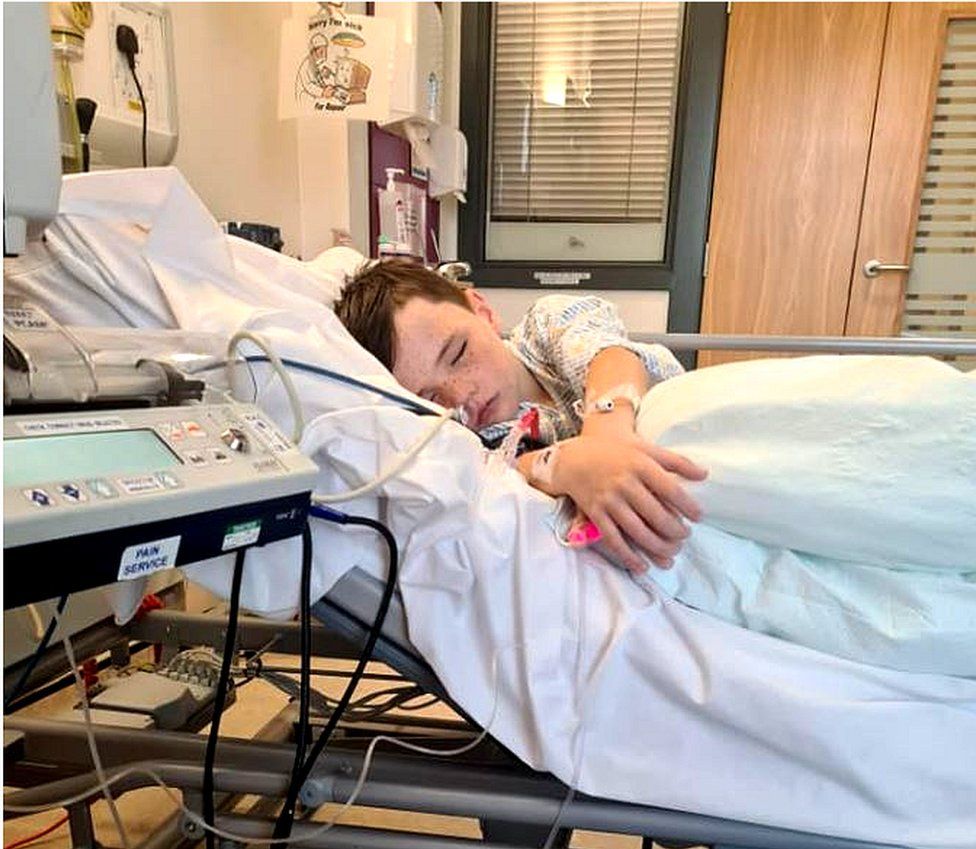 Stirling – United Kingdom (UK): Boy, 9, needed serious surgery after swallowing tiny magnets in accomplishment of TikTok challenge. The boy Jack McGeoch taken to the hospital on 7 September after being suffering with serious abdominal pain and vomiting at his home.

The ultrasound scan found something blocking his bowel. After ultrasounds report, medical staff sent him to the Royal Hospital for Children in Glasgow where X-rays confirmed the balls merge up inside his body causing a blockage. Jack later admitted he had swallowed magnets to accomplish viral TikTok challenge that encourage children to put magnets in their mouths to look like piercings.

His appendix, small bowel and 30cm of his large bowel had to be removed

Doctors explained that he would require surgery to remove the magnets and any damaged tissue.

It was explained to me that the damage these magnets can cause could be so extreme that he might not pull through. Through floods of tears I then had to sign my permission to the operation, acknowledging that anything could happen. Jack is lucky to be alive. If his experience can prevent other kids from enduring the same then I will do everything I can to do that.

After four hours of operation in theatre, Jack lost his appendix, his small bowel of 30cm and a significant section of his large bowel.

In last 3 years around 65 children have required urgent surgery after swallowing magnets in the UK.