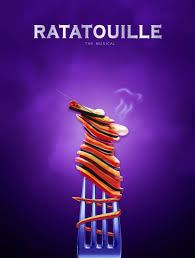 The Ratatouille TikTok musical will return for an encore performance Sunday night on the platform where it all started. TikTok is hosting another showing of the streaming musical that debuted online New Year’s Day, which has already raised more than $1 million for The Actors Fund.

The musical came together on TikTok over the past few months, with composers, fans, set designers, costumers, and choreographers creating musical numbers for the fictional “show” which is built around the 2007 Disney/Pixar animated film. Then in December Seaview Productions announced it was producing the show in association with TikTok. Disney/Pixar gave its blessing, and the show attracted big Broadway names to perform the crowdsourced songs.

The encore will stream live on TikTok at 8PM ET, and viewers can donate to The Actors Fund via an in-app donation sticker, TikTok says.