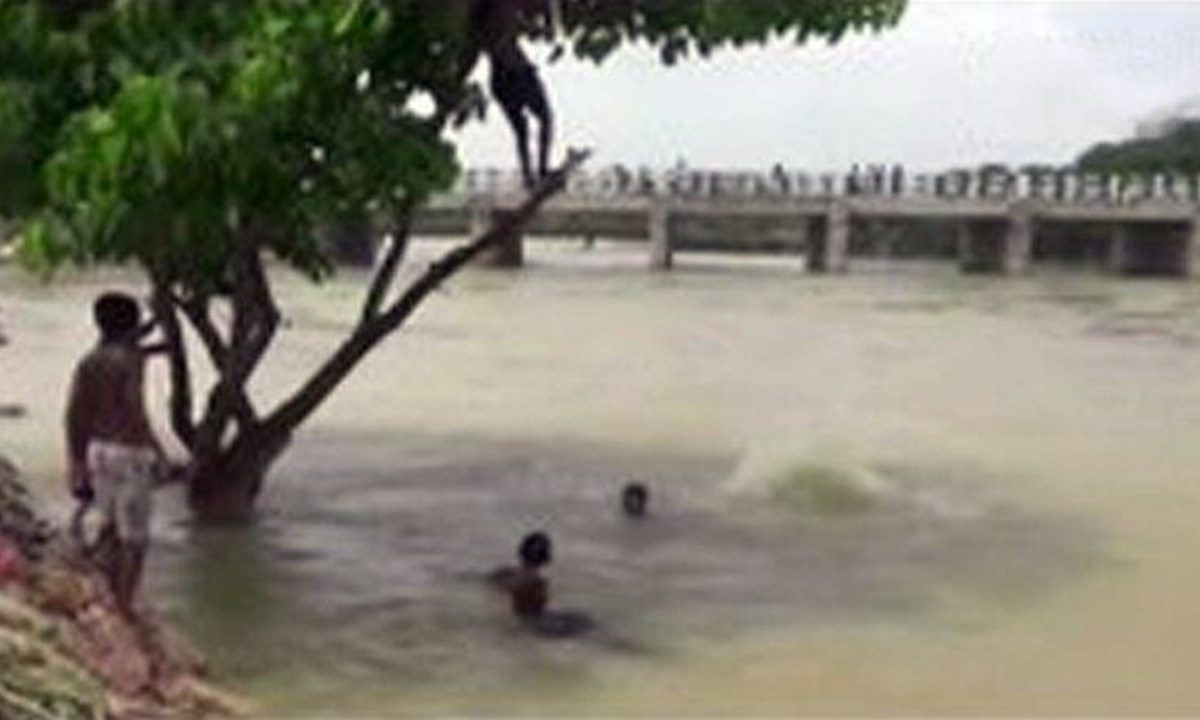 Muzaffarpur – India: Three youths drowned into a swollen Budhi Gandak river near Sangam ghat in Bihar’s Muzaffarpur district after they jumped into it reportedly in an attempt to shoot video on social media app Tiktok.

Three youths jumped into the river holding mobiles in their hands to shoot video while Akash Kumar managed to swim to safety. Two bodies have been recovered while search of the third is under way.

Meanwhile the district administration has pressed the National Disaster Response Force (NDRF) divers into service to fish out the bodies.

According to reports from East Champaran district, more than a 20 people have lost their lives due to the drowning in surging Gandak river and different water bodies in the past one month.

The district administration in Muzaffarpur and Darbhanga has issued advisory to the people and the local police to keep surveillance on the activities of children enjoying in flood waters or entering rivers.