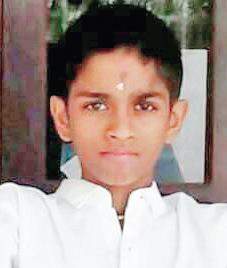 Kerala – India: A 15-year old boy was found hanging at home allegedly following a TikTok video challenge. A Class 10 student choked to death at his residence at Methala in Kodungallur of Kerala while shooting a TikTok video with a shawl tied around his neck.

Advaith, the lone son of Kishore and Sreeja was found hanging using a shawl from the handrails of the staircase of their house. His parents who were away from the home in the evening noticed Advaith hanging when they returned by night. He had died by that time.

Upon inspecting the home, the mobile phone was found with the TikTok application open. It was found that the hanging scene was being shot using a mobile phone camera. Hence it was suspected that he met with the tragedy while shooting the video.

Police sources said that though there were allegations that the video was being shot for uploading on TikTok, those aspects were yet to be confirmed. Prima facie it seems that the boy did it as an act of mischief through live streaming to threaten his friends. But he seemed to have slipped and could not touch his feet on the ground.

Meanwhile, considering the reach of TikTok, the Kerala Police also recently started watch over the spread of undesirable videos.