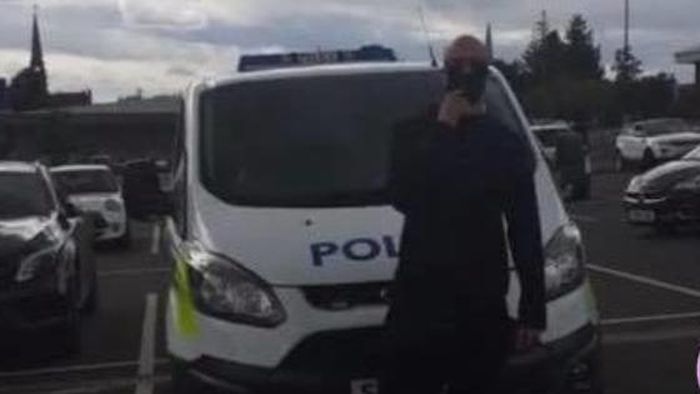 Lochee – UK: A man reportedly wanted in connection with a number of disturbances has taunted police via social media said, Come and find me.

The video was uploaded to TikTok, with the man standing beside a police van within the Stack Leisure Park in Lochee this week.

The man who is understood to have a criminal history, including prison stints claims Police Scotland have warrants out for his arrest as he stands beside the van wearing a face covering.

In the caption underneath the video, the wanted man understood to be in his thirties brags about his ability to get away from police and claims it’s too hard for officers to find him during the coronavirus crisis.

The rambling message was finished with social media hashtags which said come find me, Dundee cops and Come on Peppapig. It is believed he is wanted in connection with two separate incidents which took place in Brechin.

Police and C.I.D are looking for him after several incidents over the weekend. He beat up two 15-year-old boys and he’s posting videos on TikTok thinking he’s the big man dancing in front of a police van. He posted the video and thinks he is hard because he’s on the run.