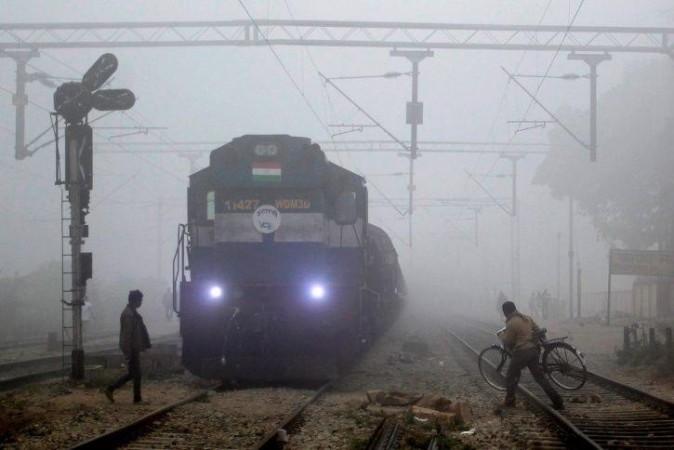 Patna – India: An 18-year-old boy Vikas Kumar aka Vivek died after having hit by a local train while filming TikTok video near sonpur-hajipur railway bridge in Vaishali district 25 kilometers away from Patna.

Vikas performing stunt by running parallel to a moving train

The incident took place on Tuesday at around 9 am when student Vikas Kumar resident of Hajipur with profile name Smart Vivek on Facebook tried to shoot a video for social media app TikTok by running parallel to a moving train and received serious head injuries in the incident and was immediately taken to the hospital.

Vivek used to go to Gandak bridge near Sonpur for morning walk. While walking he took out his cell phone and tried to film a TikTok video with a speeding passenger train.

Vivek lost his balance and hit the moving train. The impact sent him straight on tracks. He was rushed to a hospital where he succumbed to his injuries. A large number of people and Government Railway Police (GRP) officials rushed to the spot after news of the accident broke and recovered Vivek’s cell phone.

The death of Vivek has once again served a reminder about how an obsessive urge for a fleeting fame on the internet is proving fatal for people.

Vivek is the second young man within a week to have lost his life trying to make TikTok videos. Earlier on July 23, Afzal Rehan 23, a resident of Darbhanga drowned in a flooded water while performing stunts to be uploaded on TikTok.

Bihar chief minister Nitish Kumar appealed to the people to stay away from the flood waters and not take selfies or perform any stunt.